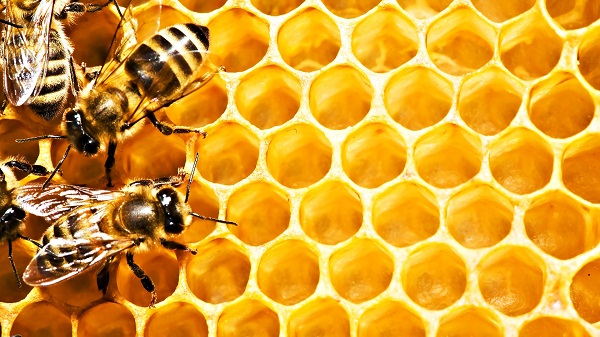 “A bee is never as busy as it seems; it’s just that it can’t buzz any slower.”

Some of us probably hate bees in the childhood as we were often bitten by them. But these days children less often experience bee bites. Why is that? Actually, bees are disappearing. And if you want to shout: “That’s fantastic! No more these disgusting creatures.” Think about it twice. We, all humans, depend on bees.

Albert Einstein is believed to have stated: “If the bee disappeared off the surface of the globe then man would only have four years of life left. No more bees, no more pollination, no more plants, no more animals, no more man.” The above sentence shows the importance of bees. They are not only important for agriculture, they are also essential for an economy in general. The importance of bees is related to the fact that bees pollinate staggering 30 percent of the food we (people) eat.

Therefore the potential disappearance of bees is rather shocking as we depend on them! Our survival depends on the survival of bees and this is not an exaggeration! Fewer bees also pose a threat to the existence of many industries. Everything is related to each other, and everything depends on each other. So just look at bees favorably…

Ecologists, biologists and other experts from different fields are sounding the alarm as bees are dying and disappearing. While some experts, including Noah Wilson-Rich, believe that what we are seeing is nothing else but Colony Collapse Disorder, others highlight that the flu is responsible for the deaths of  bees as more of them are prone to the doomsday virus. Still the question remains why some bees are more vulnerable than others. Academics still do not have an answer for that.

But bees face some environmental challenges as well. Some scientists believe that honeybees will not survive on their own in the environments where they were artificially  introduced as these habitats differ significantly from their natural ones. However, it does not  mean that native bees are safe as they are also struggling. There is a visible tendency of the disappearance of bees.

But the weirdest thing is that researchers do not even see dead bees, so  the question remains: “Where do bees disappear?”

The population-related problems of bees  are another threat to the safety of these very important creatures. Not going into details, these problems are often linked to the existence of tracheal mites which cruelly attack the breathing tubes of bees.  Researchers try to find a way to stop tracheal mites and minimize all negative effects which they have on bees. Patrick Parkman highlighted the significance of these studies, adding: “But we are putting much effort into finding out so that other bee colonies are not lost.”

Interestingly, stunning declines in bee populations have been witnessed in different parts of the world. According to the findings of several reports, bumble bees started disappearing  in the Great Britain many years ago, back in the 1950s. The report of the United Nations underlines that the aforementioned Colony Collapse Disorder is responsible for the disappearance of millions of bees. All over the world beekeepers have seen their colonies decrease.

Some analysts, however, believe that significant slumps in bee populations have been largely caused by new kinds of lethal pesticides. According to the findings of profound research conducted by British and French scientists, small portions of “doomsday” neonicotinoid insecticides might either severely harm bees or simply kill them.

Whatever the reason is for declines in bee populations, the fact is that bees are in trouble. Certainly, the understanding of the reasons of the declines would help scientists stop and minimize them as bees are important for humankind and an economy.

Studies of bee communities show that bees are in trouble. And what is more alarming and depressing, bees are disappearing everywhere.

Noah Wilson-Rich, PH.D. behavioral ecologist and a beekeeper and the founder of Best Bees Company, is strongly convinced that the bewildering Colony Collapse Disorder is accountable  for the decreasing population of bees. Despite the fact that reasons of the decreasing population of bees are not known, analysts note that we, humans, are in trouble as bees do not only produce honey, but they are the best natural pollinator. So it is not an exaggeration to say that if bees are in trouble, so is humankind.

Not surprisingly,  people simply depend on these little creatures as they pollinate many species of fruits and vegetables, not to mention their indirect significance.

Bees do have an impact on prices. If the population of bees significantly reduces, the prices of food will automatically be higher. Just imagine the price of a cup of coffee at over $20 plus tax. Unimaginable?

Not really, it might happen in the near future. Remember that meat production also depends on bees. So if bees are in trouble, meat production will be negatively affected, thereby pushing meat prices a lot higher. Evidently farmers have some alternative ways of pollination; however those methods are very expensive and less efficient than natural ones.

Pollination is essential to plant production and the faster we are going to wake up to this truth, the faster we will take important steps to stop the disappearance of bees.

Yet there still is some hope. Urban bees are expected to help people survive and all these because they are more healthy than country bees. Studies show that urban bees can produce even more honey than rural ones. Therefore adherents of bees in cities are getting stronger. And scientists are convinced that we can use that for mutual advantages by developing bee population and benefiting from it at the same time.

Supporters of keeping bees in cities believe that it is a fantastic way of bringing nature to an urban environment. Interestingly, Noah Wilson-Rich highlights that that urban beekeeping might develop so-called urban agriculture which is expected to be an answer for many present and future gripes of humankind. Analysts note that urban beekeeping might be essential, taking into consideration growing human population.

In addition, bee hives in gardens, on roofs and in other places will not only bring profit as different species of fruits and vegetables will be pollinated, but also cities will change their features as well. Urban beekeeping will accelerate the introduction of cities of the future, green cities. All these would certainly create more environmental-friendly conditions.

Even though there is still little known about urban bee technology, more and more scientists see the numberless advantages of urban beekeeping. Visible declines in bee population call for actions including introducing bees in cities. But urban beekeeping will not only minimize the threat of growing prices and even famine, but it will introduce cultural changes as well.

Bees are important for the environment, industries and humankind. If bees are in trouble, humankind is in trouble as well. But what is worth noting is that not only individuals are concerned over the bee problem, but also businesses are aware of the importance of these little creatures. Therefore there is a hope that everything will be done to ensure the survival of bees.

Anna Domanska
Anna Domanska is an Industry Leaders Magazine author possessing wide-range of knowledge for Business News. She is an avid reader and writer of Business and CEO Magazines and a rigorous follower of Business Leaders.
« Apple outperforms IDC projections as it ships 19.5 million tabs in Q1
US Auto Giants gather speed in Q1 after two slow decades »
Leave a Comment
Close