Upcoming Lamborghini Urus SUV will be a Plug-in Hybrid

We’ve known for quite a long time now that luxury carmaker Lamborghini is developing an SUV for 2018. The Italian carmaker first unveiled it in 2012 and has since showed off various iterations at motor shows. Turns out, the upcoming Lamborghini Urus SUV is going to be available as a plug-in hybrid.

According to AutoCar, Maurizio Reggiani, R&D Director at Lamborghini, confirmed the Urus SUV is going to be the only vehicle in the upcoming lineup to be turbocharged or an electric hybrid. 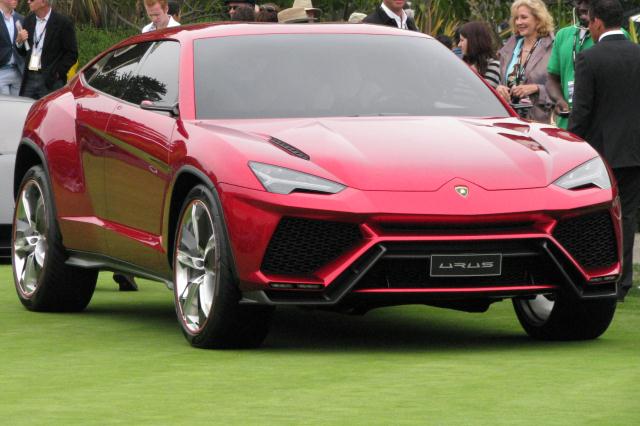 Urus SUV will have a turbocharged engine

The Lamborghini Urus SUV has evolved since the 2015 and the finished model will be much better – inside and out. Reggiani also confirmed that the Urus SUV is going to be turbocharged because it needs considerably more torque. He might be referring to Porsche’s new twin-turbo V8 engine that Volkswagen is planning to put in other high-end cars. Although, Lamborghini has no planning of adding turbocharging to any other cars.

For now, Lamborghini will direct its R&D efforts on power, weight, and aerodynamics.

While the Urus SUV is going to be Lamborghini’s first plug-in hybrid, the luxury automaker is also working on its first all-electric vehicle. Reports suggest that Lamborghini recently launched an electric supercar program called Vitola, using the all-electric Mission E platform from Porsche.

This is a part of Volkswagen Group’s plan to build 2 to 3 million all-electric cars annually. It also aims to unveil 30 new models by 2020 – across its other brands, the Bentley, Porsche and Audi.

Lamborghini first displayed the Urus concept at the 2012 Beijing Auto Show. It isn’t the first SUV the Italian carmaker has ever built. In the 80s and early 90s, Lamborghini built the military-style LM002.

Anna Domanska
Anna Domanska is an Industry Leaders Magazine author possessing wide-range of knowledge for Business News. She is an avid reader and writer of Business and CEO Magazines and a rigorous follower of Business Leaders.
« Microsoft and Volvo Collaborate To Bring Skype, Cortana In High-End Cars
Moroccan Oil Refinery Receives $3 Billion from an Anonymous Businessman »
Leave a Comment
Close