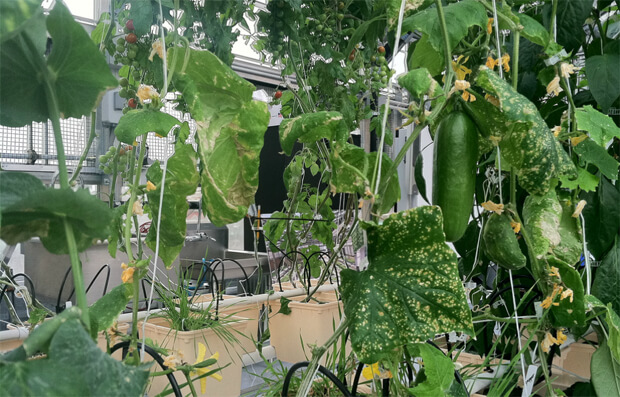 What sort of a shelf-life do you think vegetables usually available in supermarkets have? Sometimes less than half of what they naturally possess, says BrightFarms. And this is exactly what BrightFarms has set out to change.

Offering services that are sure to become a favourite as much with urban farming fanatics as with general environment-conscious green buffs, BrightFarms designs, finances, builds and operates hydroponic greenhouse farms at supermarkets; the goal here being to eliminate time, distance and cost from the food supply chain.

BrightFarms offer supermarkets the option of growing their produce right atop their stores. How much more local could it get ?

Through their business model, New York based BrightFarms, with their locally-produced, fresher, tastier food, offers to bring all the benefits of a Farmers Market to the Supermarket. And while providing better food, BrightFarms also offers an alternative to generating high amounts of greenhouse gas emissions and air pollution, and avoid traffic congestion.

Why do some people prefer farmers markets to supermarkets despite the former offering less volumes of produce often for higher prices? Because, says BrightFarms, an increasing number of urban consumers want better, locally-produced food, not necessarily the cheapest available food.

Given that more consumers are opting for choosing from a larger variety of food, even if available in smaller volumes, especially if this means creating more job opportunities in the immediate localities, BrightFarms offers all this to supermarkets through their finance, development and management business.

To start with, BrightFarms promises higher profits for retailers. Their business module does not require retailers to invest any capital in the business; the only requirement is a contract to buy their produce. And given that they more often than not offer their products at lower wholesale prices than comparable products shipped thousands of miles, coupled with associated supermarkets freeing themselves from inconsistencies due to rising fuel costs, the BrightFarms model is sure to find lots of takers within the retailing community.

An obvious advantage is the much smaller amount of shrink because of the significantly longer shelf-life of locally produced food, translating directly into higher profits.

In addition to offering a scaled-up urban gardening alternative that promises numerous benefits to supermarkets and their customers, the Brightfarms concept has also been developed with environmental sustainability as one of their primary criteria.

According to BrightFarms estimates, when food has to travel long distances – they say that the average item of food in the United States travels at least 1500 miles – the cost of gasoline used for transportation can amount to half the value of the food itself. Basing their business model on the “Zero food miles” concept, BrightFarms’ farming within urban areas removes the need for lengthy transportation.

Also, in contrast to conventional agricultural practices, which produce a lot of greenhouse gas emissions from the use of fossil fuels for heating purposes in winter, BrightFarm greenhouses capture waste heat from the host building, which means that their system uses close to no additional fossil fuel for heating. Similarly, the greenhouses use low energy cooling systems where power for cooling is generated through installed solar panels.

BrightFarms also maximizes the use of increasingly scarce land and water resources by growing their produce in a land area that is 20 times smaller than would be required by conventional agricultural techniques, while the recirculating hydroponic techniques that BrightFarms operate with use up to 10 times less water than conventional field agriculture.

We’d be surprised if this urban farming concept doesn’t take off!