Ultra HDTV models by Apple till the end of 2014? 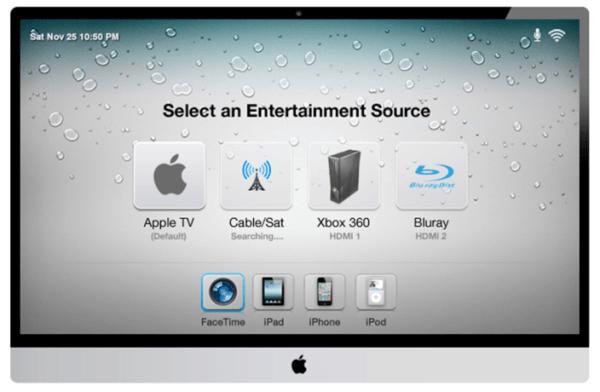 Apple Inc. (AAPL) will  launch ultra-high definition televisions (HDTV) with 65- and 55-inch screens towards the end of next year, according to a Tokyo-based analyst at Advanced Research Japan Co.

Masahiko Ishino, an analyst with Advanced Research Japan published a note recently, that indicates Apple is developing both 55-inch and 65-inch TVs,  televisions  with 4K ultra high-definition (UHD) resolutions. Ishino claims that the TV sets are set to hit the market during the fourth quarter of next year. Just in time for the 2014 holiday season. Apple ultra HDTV screens will come with a resolution of 3,840 x 2,160 pixels, what  is twice that of a 1080p HD display.

Often regarded as Job’s magical television will justify the nick name if it is to believe to report by Ishino. The report noted for television to have frameless design as well as parts made by LG Display, Samsung and Corning. Suppliers that will be providing various parts to Apple are, LG for supplying more than 70 percent of the liquid-crystal displays, Samsung for Graphical processing and corning’s gorilla Glass 3 glass covers. Television is expected to be priced around $1,500 to $2,500. Besides, Ishino claims that Apple could hire Foxconn for assembling process of final delivery in the fourth quarter of 2014.

Steve Jobs, co-founder of Apple, told his biographer before he died that he had “finally cracked” how to build a TV with a simple user interface. TV that would synchronize content with Apple’s other devices. When this comes to market you will be able to read your Industry Leaders news on  ultra HDTV by Apple, if you belong to Apple users family.

Claims about Apple getting ready to produce its own television have been reported earlier as well. Last December executives at some of Apple’s suppliers had said the company has been testing  designs for a large-screen, high-definition set. Reports claimed Apple is working with component suppliers in Asia to test several designs for television sets. Chief Executive Officer Tim Cook said last year that television is an area of “intense interest” for Apple. Since it aims to include products that can build on the success of Macs, iPhones and iPads. At the time, he said: “We are going to keep pulling the string and see where this takes us.”

Apple has already sounded out the television market with its Apple TV. This device has been sold to over 13 million customers, bringing content like Netflix, HBO GO, MLB TV and Hulu to televisions that might not already have built in apps. An Apple TV is also able to stream video from a laptop or iOS device to a television. Apple fans for sure hardly wait Job’s magical television  to reach the market.