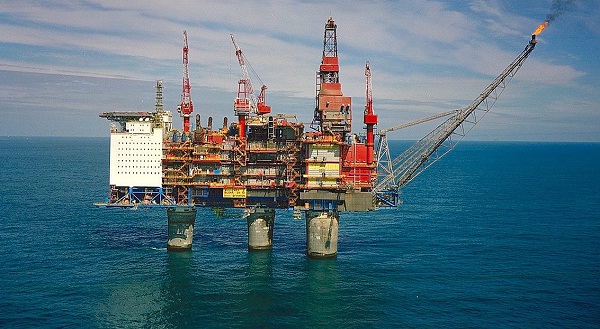 Companies to invest in the North Sea

The UK is expected to benefit from an increase in North Sea investment as oil and gas companies will spend at least £13 billion in 2013. What is interesting is the fact that 2013 North Sea spending is estimated to reach its highest level in 30 years. The Oil & Gas UK, which is the industry trade body, also informed that companies would invest up to £100 billion in UK waters, which would have an immense impact on the economy. The boost in North Sea investment, which is hoped to reverse a sharp slump in output, has been driven by the Chancellor’s tax breaks.

On the 25th of February, The Oil & Gas UK released its annual survey, noting that the UK would see at £13 billion North Sea investment in 2013, compared to nearly £11.5 billion investment in the country’s oil and gas sector in 2012. According to the survey, companies are planning to invest as much as £100 billion and these ambitious projects are believed to lead to creation of  thousands of new jobs as well as strengthening the UK’s position as an oil producer.

In its study, the industry body also underlined that the damage to investment caused by the £2 billion tax increases was largely removed. Malcolm Webb, chief executive officer at Oil & Gas UK, signalized: “After two disappointing years brought about by tax uncertainty and consequent low investment, the UK continental shelf is now benefiting from record investment in new developments and in existing assets and infrastructure, the strongest for more than three decades,” adding that the recent government’s steps helped to boost the interest in investment.

Certainly, the long-term plans of companies indicate that the UK has a chance and potential to become an important player in the oil and gas sector and even become the regional power when it comes to the energy sector. Not surprisingly, the findings of the survey by the Oil & Gas UK, showed that the country might enjoy the prosperity in the future due to investments in its offshore oil and gas sector.

Without a doubt, recent steps of the UK government, including tax breaks, have had a positive impact on the oil and gas companies’ engagement in the North Sea which happens to be the British oil province.  As it was indicated by the Oil & Gas UK, companies and the UK government had established new ties which would lead to the success of the province and the industry.

Last steps and reforms, which were implemented by the UK government, have given confidence and companies are more likely to engage in investments. Despite the fact that the Oil & Gas UK predicted that the country would see output decrease in 2013, a recovery in production is believed to be witnessed as companies are willing to invest in long-term.

What is important is the fact that North Sea investment will probably reduce the UK’s dependence on imports at least for the next 15 years.

The COVID-19 pandemic has seen a resurgence in recent weeks and talks of normalcy are still far away, even with the vaccinations. For invest...
12 hours ago

Credit rating agencies are risk assessment firms that provide ratings on the creditworthiness of bonds and other debt instruments. Investor...
12 hours ago

Pat Gelsinger, the ex-chief technology officer of Intel, will be taking over the reins at the chip-making tech company Intel on February 15 ...
13 hours ago