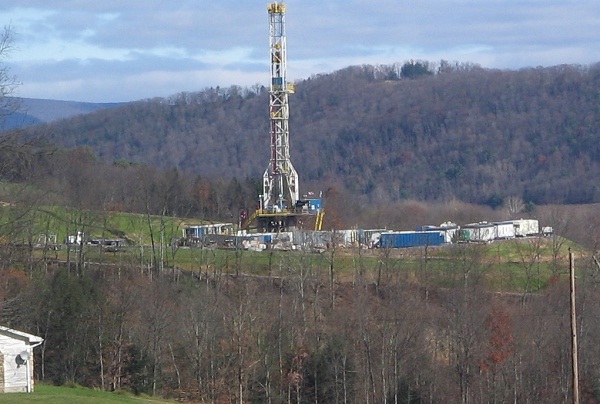 It seems that the UK might have a golden goose as IGas Energy Plc informed that it had much more shale gas than initially estimated. This revelation might mean an approaching revolution which in turn will significantly decrease the UK reliance on foreign gas. Thus the country should take advantage of its colossal shale gas reserves.

IGas Energy Plc informed that it might have much more shale gas than it had initially estimated, raising high hopes that the UK might become less dependent on gas imports. Furthermore, the estimates of the company, which has a license for gas exploitation in an area in the northwest of England, means that the country might see its natural gas reserves even quadruple which certainly would be revolutionary for the industry itself.

Thus it seems that the IGas Energy Plc, which is going to start its operations in the area in 2013, is indeed in possession of a cash cow! The company, however, has underlined that it would be able to extract approximately 30 percent of the volume. Yet analysts pour cold water on the company as it is still hazy how much of the gas could be exploited from the licensed areas and further research should be conducted.

Interestingly, the IGas Energy Plc’s revelation followed the findings issued by Cuadrilla Resources Ltd that the company’s fields might be hiding gas volumes standing at astonishing 200 trillion cubic feet. However, the fact is that extracting these fields of shale gas will need the process of fracking which is widely criticized by environmentalists.

Everything indicates that shale gas and oil extractions are the inevitable picture of the energy sector in the future. The United States skillfully takes advantage of it, driving the boom of the new branch of the industry. According to the estimates released by the International Energy Agency, the US will surpass Russia, which is regarded as the king of the gas, as the No. 1 gas producer by 2015 which certainly will be painful for the Kremlin. But also Saudi Arabia will lose its top spot as the No. 1 oil producer as the US will outshine it with its oil extraction from shale rocks.

As a matter of fact, it seems that the recent announcements about the oil-rich fields are aimed at forcing the UK government to introduce tax breaks and other steps that might let the industry to blossom. And indeed, back in March, Chancellor George Osborne informed that the government was ready to back a development of fracking technology in the country.  But the fact is that the UK government and the industry as a whole will have to face growing opposition to this technology which is regarded as a threat to the environment. For the shale gas industry in the UK, it is just a beginning of the struggle.

Anna Domanska
Anna Domanska is an Industry Leaders Magazine author possessing wide-range of knowledge for Business News. She is an avid reader and writer of Business and CEO Magazines and a rigorous follower of Business Leaders.
« EEF CEO Scuoler urges UK government to spend on innovations
UK construction rises like a phoenix from the ashes in May »
Leave a Comment
Close