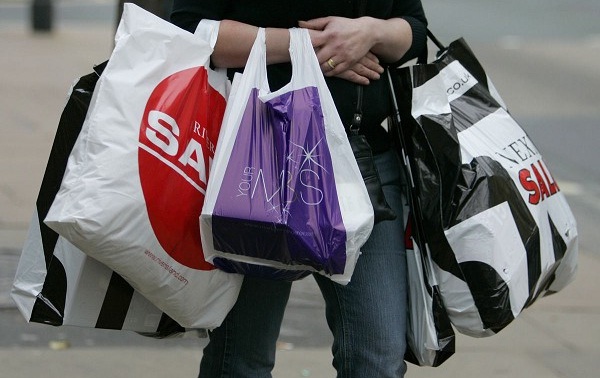 UK retailers welcomed an increase in cosnumer spending for May

Latest reports by the British Retail Consortium as well as an independent data compilation by the financial services company, KPMG, from most of Britain’s leading retailers, brought happy news.

Unexpected higher spending by retail consumers in the month of May has left a comforting after-feel in the UK retail industry. On a month-on-month basis, the two independent reports underlined that there was 3.4 percent increase in sales. Interestingly, customers were found to be spending 1.8 percent more in retail stores in comparison to what they spent in 2012 as of the month of May. This was despite the difficult weather and persistent economic challenges.

The increase is especially important because of the poor and disappointing sales in April.

Describing the increase in spending despite the tough economic conditions, the Director-General of the British Retail Consortium, Helen Dickinson, said that retailers had intuitively read the real-time conditions and had accordingly adopted their offers. Most of the leading retailers had offered wide-ranging short-period discounts, offers that led consumers to shop-floors. However, price-sensitivity remains and given the quick-turn in economic weather, it will be a tough line to walk for most retailers.

Furthermore, this was especially true for high-value products, according to the  findings of the two surveys. The most successful retail segments were: furniture, flooring and online sales. The online shopping segment showed a substantial jump of 11 percent in comparison to May 2012.

In addition, David McCorquodale, the UK Head of Retail at KPMG, also underlines that online sales have been the major source of revenue for many of the retailers the institution surveyed. It also brings to the forefront the increasing popularity of digital sales structures, according to him. In its survey, the company found that many of the consumers were more than happy to avail the offers by high-street retailers from the comforts and anonymity of online shopping carts.

The effects of poor weather greatly impacted food sales. It was found that in the early weeks, barbecue meat, ice creams and salads were fasting moving and clocked substantial sales. However, as the weather grew worse, food sales too felt the impact and sales were restricted to pizzas and some ready meals.

Similarly clothing and apparel segments too were found to bear the brunt of weather changes. Swimwear was found to see steady sales in the early weeks and great clearance sales for knitwear too were noticeable. It may come as no surprise that in the electronics and gadgets segment, the most popular selling items were tablet computers.

KPMG in its capacity as a financial service provider is also focused on consumer trends and the impact of local and global markets. Undeniably, this combined insight into retail selling allowed David McCorquodale to pinpoint that: “While sales didn’t soar through the roof, this is still a very creditable performance from UK retailers. Promoting the right product at the right price made the difference in May. To some extent retailers had their bacon saved by online sales, underlining the growing importance of the digital channel.”

According to data analyzed by GOBankingRates, head football coaches, closely followed by basketball coaches, easily rack up seven-figure salaries in the US.
11 hours ago