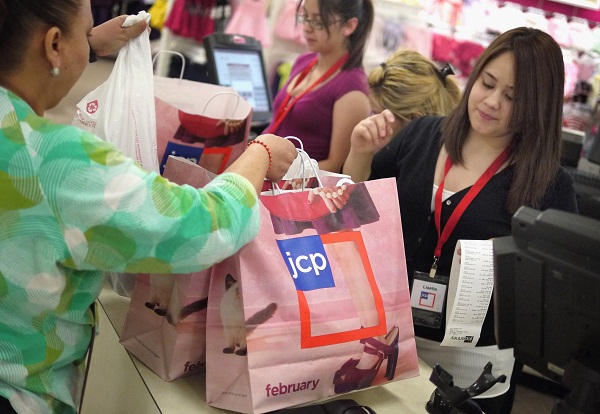 Hopes that the U.K. economy is on the way back from the double-dip recession have been cooled by the latest data released by the British Retail Consortium. According to findings, British retail sales not only dropped sharply in the month of October but also increased at the slowest rate for almost a year as Britons cut down their spending only to basic products such as food and drink.

Compiled data showed that Britons cut their spending on high end products in the period, leading to the weakest sales growth in almost twelve months. Concurrently, the UK saw expansion in the services sector slow down.

The British Retail Consortium revealed that like-for-like sales dropped approximately 0.1 percent, compared with October a year ago. Certainly the result is a shock after September’s figures, which showed growth of roughly 1.5 percent, gave Britons hope. As for total retail sales, the measure grew about 1.1 percent on the year, however slowing from a 3.4 percent increase in the month of September. Stephen Robertson, the director of the British Retail Consortium, has highlighted that October’s figures should be considered a remainder of the harsh economic conditions many Britons are still facing and struggling with. Without a doubt the latest increases in both energy and food prices have raised concerns that the inflation rate may not drop further, thus leaving many Britons with thinner wallets as salaries hardly grow.

The report of the British Retail Consortium showed that sales of food and drink remained more or less steady in the United Kingdom as Britons preferred to buy food rather than go out. Home accessories sector was mostly affected by the Britons’ saving mode as the sector does not seem to be essential for people with little money.

Online October’s sales were especially poor, for example non-food online sales grew by only 7.3 percent on the year to the month of October. Data showed that the last three months have seen two of the weakest online sales performances in almost four years.

Research conducted by Visa showed that households spending decreased by approximately 3 percent. According to Steve Perry, commercial director ay Visa Europe, “The strong growth witnessed in recent months went into decline. October’s figures will take some of the gloss off recent optimism as they are a timely reminder that household finances remain under pressure and consumers are exercising caution.”

Just in the end of October, figures released by the Office for National Statistics were regarded as evidence that the British economy had emerged from double-dip recession, increasing by approximately 1 percent in the third quarter of the year. However early signs for the third quarter, including data on the U.K. retail sales in October, suggest that the British economy could shrink which would mean a triple-dip recession.

David McCorquodale, U.K. head of retail at KPMG, claim that these figures do not mean the big comeback of the recession, but that British consumers still lack the confidence. But everything might change when it comes to the holiday shopping season and Christmas.

On March 15, Novogratz went so far as to predict that the Bitcoin future price will reach half a million dollars per coin by 2027. He made this statement at the Bitcoin 2022 confer
3 mins ago