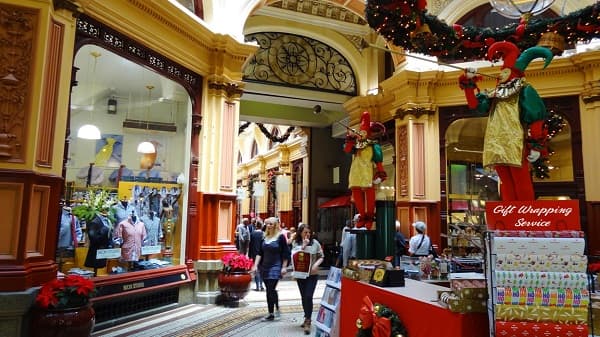 On 4th of December, the British Retail Consortium informed that UK retail sales rose approximately 0.4 percent on a like-for-like basis in the month of November as customers started their Christmas shopping. Some analysts, however, expected a higher result. But this year UK customers are waiting for holiday bargains to start in the coming weeks as they try to cut down spending in the holiday shopping season.

Data on UK retail sales in November follows a firm result of November’s retail sales index released by the Confederation of British Industry and a significant increase in consumer confidence noted by the survey of GfK NOP.

According to the findings of the BRC survey, like-for-like UK sales, an indicator which is favored by equity analysts, climbed by approximately 0.4 percent in November compared with a year earlier, after decreasing roughly 0.1 percent in October. Therefore UK retail sales in November missed the average analysts’ estimate of a 0.9 percent growth.

UK total retail sales saw an increase of approximately 1.8 percent in value terms on the year, compared with a 1.1 percent growth in the month of October. Taking into consideration the fact that inflation is about 2.7 percent, UK retail sales volumes are still decreasing.

Analysts highlight that UK customers remain cautious and they try to cut down spending by looking at cheaper gifts. The same worries also touched the online retail sales; that trend was easily noticed. Stephen Robertson, Director of the British Retail Consortium, underlined: “The same caution hit online sales, which delivered their third worst performance of the year. With consumers conscious that there will be a full shopping weekend immediately before Christmas, retailers are holding their nerve and counting on a last-minute rush.” Data showed that November’s online sales saw third worst results in the whole year as they increased about 7.5 percent annually.

As for clothing sales, they were boosted by the colder weather and the new fashion for all-in-one pyjamas as well. Even though UK food sales were not satisfactory in November, the launch of holiday season’s adverts improved sales of crackers and confectionery as well.

November saw a strong start as UK customers were looking for toys and new electronic gadgets. Yet the final weeks of November witnessed a significant slack as UK customers stopped shopping in anticipation of the launch of holiday bargains.

Pricing and strategic promotions are expected to be crucial in December and UK retailers have to think them through so they will make the best use of them.  Certainly both UK retailers and customers are awaiting the upcoming weeks as they hope that the 2012 holiday shopping season will be fruitful.