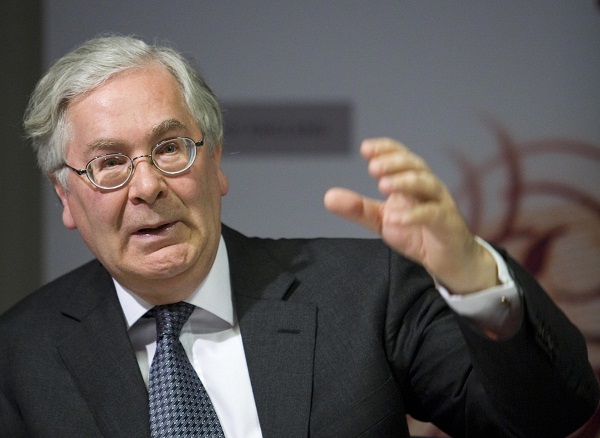 Mervyn King, the Governor of the Bank of England

The United Kingdom probably has come out of recession, which is the longest double-dip recession since the 1950s, between July and September. Official figures showing the end of recession are to be released on the 25th of September. Yet analysts are not so optimistic, saying that the health of the UK economy is still fragile.

The end of recession

UK Gross Domestic Product numbers are to be released by the Office for National Statistics on the 25th of October at 9.30 am. Analysts predict that UK Gross Domestic Product has grown about 0.6 percent between July and September, following a decrease of 0.4 percent in the second quarter. If they are right, this means the end of three consecutive quarters of decreasing output.

However the expected 0.6 percent growth in the third quarter has been mainly driven by one-off factors, including the Olympic and Paralympic Games as well as recovered production lost due to extra holiday for the Queen’s Diamond Jubilee in June. But the growth in UK Gross Domestic Product has been also caused by lower inflation and recent gains in employment.

Yet even the 0.6 percent growth in UK Gross Domestic Product would be the strongest in almost two years. Certainly the figures showing the growth would be a much anticipated relief for the government of the United Kingdom, which has been lately criticized for a series of gaffes.

Mervyn King, the Governor of the Bank of England, has warned that the UK economic recovery would be slow despite the anticipated growth as emerging markets of India, China and Brazil saw a slowdown. Certainly the cooling of these emerging markets seems to be a new danger. In addition, the eurozone, which is the UK’s main export market, has been heading to recession.

The UK economy has not fully recovered the output lost during the slump in 2008 and 2009. Even if the recession is to be officially declared over, analysts strongly believe that the UK still faces problems, including the slow growth.

Certainly news on the end of the longest double-dip recession in the UK is refreshing, yet analysts warn that the country should expect the growth to slow in upcoming quarters. The UK economy is, in fact, expected to continue growing in the fourth quarter at much slower pace. According to estimates, the growth will likely be 0.3 percent.

Howard Archer, chief UK and European economist at IHS Global Insight, noted: “Any recovery is looking fragile, feeble and far from guaranteed. Looking through the distortions to GDP in the second and third quarter, the likelihood is that the economy is eking out limited growth… The UK still has a very tough job in developing significant sustainable growth given tighter fiscal policy, ongoing serious problems in the eurozone and generally soft global growth.”

But the UK economy and Gross Domestic Product levels are still below levels before the recession started in 2008. Because of that many analysts are convinced that the recession in the United Kingdom might be over, yet the economy is still prone to it. As it has been stated, there is still a possibility of a triple-dip recession.