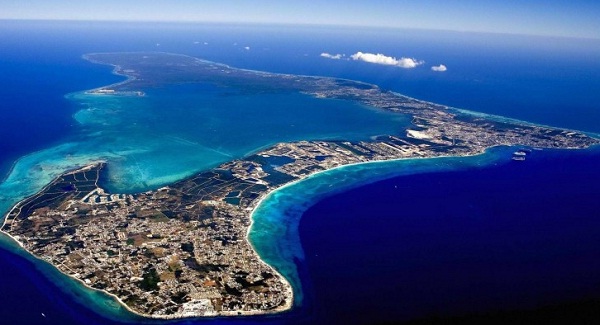 The UK government headed by David Cameron is trying to get the country’s economy back on rails following the economic crisis in 2008 by employing various approaches. These approaches include cutting down government spending on various social causes like healthcare and pouring billions of pounds to shore up the stressed out banking sector in order to reignite and sustain growth of industry.

Additionally, the UK government has been working on plugging loopholes that exist in the UK financial sector which enable wealthy individuals or corporations to avoid paying taxes by hiding billions of pounds in “tax havens” spread across the globe.

The UK government reported progress on realizing those hopes to reduce such leakage of scarce revenue via unpaid taxes and money laundering by announcing that it had entered into agreements with governments of British Overseas territories on the 1st May 2013.

On the 1st May 2013, the British government proudly informed that it had signed an agreement with the British Overseas Territories of  Anguilla, Bermuda, the British Virgin Islands, Montserrat and the Turks and Caicos Islands, adding that under the terms of the contract, governments of aforementioned territories would implement greater levels of transparency, thereby making a quality difference. Readers should note that similar agreements have been signed between the UK government and Cayman Islands, Liechtenstein and Switzerland since 2009.

Typically these “tax havens” are geographically small and do not boast of many natural resources. Hence in order to attract investments and industries, they set themselves up as financial centers and provide incentives like negligible or zero tax liabilities to corporations which set up offices in their territories. Further these countries boast about strict financial privacy laws and lax requirements to disclose ownership of accounts.

A combination of these above laws has created financial incentives for corporations or individuals operating in the UK to be “headquartered” in one of the many tax haven islands and thereby avoiding paying any tax in the UK. This causes a heavy loss to the UK Government exchequer.

The UK government hopes to come down hard on such tax evading corporations and individuals by enforcing the new agreement they signed with the British Overseas Territories. In addition, the islands and the UK signed the bilateral information sharing deal, not to mention that tax havens and governments of the G5 came to terms on sharing indispensable information at  multilateral level as well. Further this agreement envisages that much greater levels of bank accounts information will be exchanged on a multilateral basis leading towards new global standards being established for financial transparency.

It is in this context that one should appreciate a US government move in 2011 to arm twist Switzerland (universally admired and derided for its banking secrecy laws) to relax some of its banking laws and share the names and Swiss bank account details of tax evading  US citizens with the American authorities.

Interestingly,  the Tax Justice Network, a UK-based organization monitoring transparency in the financial system, estimates that a possible $32 trillion was being hidden in offshore at the end of 2010.

As the UK and the global economies find their  way out of recession it seems imperative that the time is ripe to negotiate a new set of Global Financial Secrecy laws which would enable governments to track down and recover tax dues from super wealthy individuals and corporations.