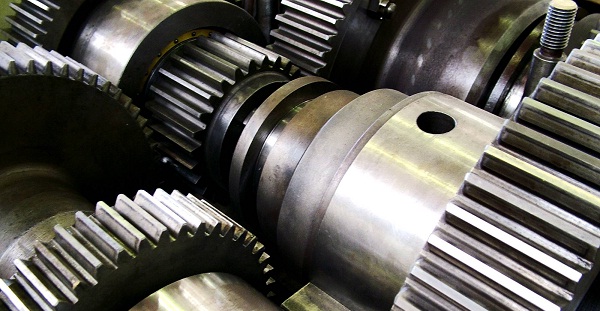 According to data released by the Office for National Statistics on the 7th of February, UK industrial output increased in December more than initially expected. A 1.1 percent increase in British industrial production poses a hope that the UK economy will avoid entering a triple-dip recession. Data showed that UK manufacturing production in December reached the highest level since July 2012 as it was mainly driven by equipment and chemical products segments.

The Office for National Statistics informed that UK industrial output, which included energy production and mining, increased approximately 1.1 percent in December, exceeding an analysts’ estimate of a 0.9 percent growth. As for manufacturing output, data showed that it jumped as much as 1.6 percent in December, compared to a slump of 0.3 percent in November. The factory output also topped analysts’ projections of a 0.8 percent increase.

Despite the surprising and promising increase in UK industrial output in December, the country saw industrial output slump approximately 1.9 percent in the fourth quarter of 2012. Analysts note that it was the biggest decrease since the first quarter of 2009, underlining that it was also driven by shutdowns of projects in the North Sea. But experts also highlight that because of tax breaks granted to many North Sea projects,  the UK should see decent results in the near future. In addition, manufacturing output for the fourth quarter dropped about 1.3 percent. But the most shocking was a slump in oil and gas production which reached 14.1 percent.

UK industrial and manufacturing outputs were also hit by weak demand in crisis-hit Europe. According to latest figures, exports to the EU members dropped about 4.8 percent. However, exports to non European Union countries helped the UK economy as they climbed as much as 11.7 percent.

The UK government has been closely observing the situation as there is still a risk of entering the triple-dip recession. However, a string of data, which was released in February, showed that the risk of triple-dip recession was smaller. Analysts note that the PMI for January also showed growth reducing the possibility of a black scenario for the UK economy. Data on UK industrial output added to positive signs of a possible rebound.

However, some experts remind that the UK construction sector shrank in January, raising concerns over economic growth in 2013. Nonetheless, the Bank of England is not expected to take any additional steps to boost or even support economic growth as the country saw its manufacturing PMI increase for a second month in January. Moreover, the danger of entering the triple-dip recession will be even smaller, if the export-led growth continues in the first month of 2013. Even though there have been some positive indicators, we should remember that exports are not always reliable. The situation seems even to be more complex, taking into consideration weak demand in the EU. But will increased sales in emerging markets help the United Kingdom offset the weak results noted in exports to the European Union?