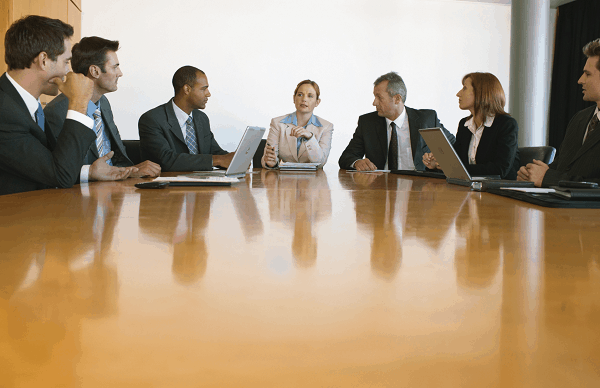 Female executives get as much as £423,390 less then male counterparts over their careers, according to the findings of the research conducted by the Chartered Management Institute. Not only they earn less, but they are also more likely to lose their jobs as well as get no bonus. Data indicates that the gender pay gap shows no signs of closing.

The CMI research based on a survey of over 38,000 executives reveals a significant gender pay gap at the higher level of the executive career as the issue regarding the equality in the workplace is being widely discussed.

The findings of the CMI research show that a woman taking up an executive position at the age of 25 and retiring at the age of 60 gets approximately £1.1 million, while a man with the same part of career earns over £1.5 million. The difference shows that women executives get £423,390 less than men executives over the lifetime. It is over £10,000 per year. In addition, the research indicates that UK female executives are less likely to get a bonus and more likely to be made redundant as well. Though if women bosses do get a bonus, it is usually half the amount collected by a male counterpart doing the same job. The CMI reveals that the average bonus for a male executive flirted near £7,496, compared with £3,726 for a female counterpart.

The CMI report, however, underlines that the gender pay gap does not completely develop until UK female executives are in their thirties.  According to the findings, £23,000 is the average salary for the both woman and man executives at the start of their new professional lives. The gender pay gap widens as women executives get older and they are usually punished for taking breaks to have children.

The latest report of the Chartered Management Institute shows that the average male executive earned a basic salary of about 40.325 in the twelve months to August 2012, while the average female executive in the same job earned around £30,265. A man director got average of roughly £141,946, compared with a woman director’s salary of approximately £127,257.

Other reports have also revealed that the businesses in the United Kingdom are ineffective when it comes to promoting the equality in the workplace. The Fawcett Society has noticed that women’s pay and prospects are threatened by the austerity measures.

The other research on 50 of the British most valuable companies, which was conducted by the Guardian, indicates that women comprise less than 15 percent of staff serving on the executive committees. Some analysts claim that companies hurt themselves as they miss a substantial potential by not giving a chance to women to serve on those committees. Therefore woman are said to be discriminated not only when it comes to salaries.  Ann Francke, chief executive officer at the Chartered Management Institute, noted: “A lot of businesses have been focused on getting more women on boards but we’ve still got a lot to do on equal pay and equal representation in top executive roles. Women make up almost three out of four at the bottom of the ladder but only one out of four at the top.”

Anna Domanska
Anna Domanska is an Industry Leaders Magazine author possessing wide-range of knowledge for Business News. She is an avid reader and writer of Business and CEO Magazines and a rigorous follower of Business Leaders.
« Sale of Apple iPad soars over 3 million over first weekend
Monster Bev. posts 3Q profit saying its drinks are safe »
Leave a Comment
Close