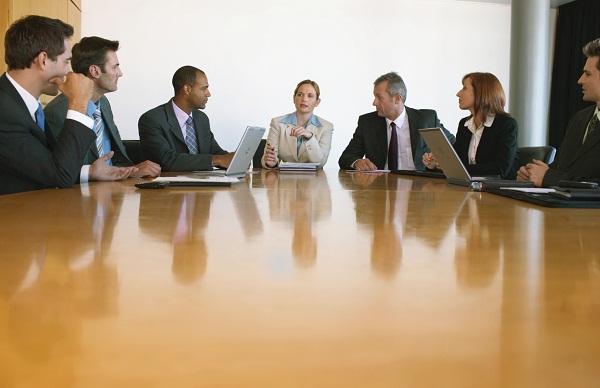 The gender asymmetry in British boardrooms has scaled down substantially since 2007, according to the findings of a survey conducted by Experian. This significant transformation was caused not only by the employment trend seen in the UK smallest companies, but also by changes in large companies as well. As women are more often employed as directors, the image of the UK business has also witnessed a major change.

The findings of the survey illustrate a high jump in the appointments of women in key positions such as directors. The results come as large companies are trying to narrow the gap with smaller companies in employing women. Experian analyzed almost 3 million UK businesses across 100 sectors on the employment trends with main focus on the number of male and female directors in UK companies between 2007 and 2012.

According to the findings of the analysis, the number of female directors in UK companies climbed as much as 24 percent to approximately 1.2 million in the period. In addition, the survey shows that the proportion of UK companies, which employ between three to ten workers, with at least one female director grew to 50 percent, compared to 48 percent in 2007. As for the companies with over 250 employees, the number increased from approximately 33 percent to roughly 40 percent. The difference between UK smaller and bigger companies narrowed significantly.

Max Firth, UK managing director for Experian’s Business Information Services division, underlined that the increase in the number of female directors in UK companies was also caused by women deciding to open their own businesses. Approximately 30 percent of the 1.4 million companies, which started up since 2007, have at least one female director, according to the survey. He noted that UK smaller companies were, certainly, the main cause of the improvement, yet he underlined: “But our research shows that larger companies’ efforts to increase the number of female directors have made a significant difference over the past five years.”

In addition, the findings of the Experian’s survey show that also more established companies decided to appoint female directors. That trend is, without a doubt, in stark contrast to a picture of established businesses as they are usually run and dominated by male directors. The analysis illustrates that female directors are more often found in UK companies that have been operating for at least 14 years than in younger organizations. What is more interesting is that they are also approximately 75 percent more likely to be found in those organizations which have been on the market for 30 years and more.

For years analysts have been underlying that women are not taken into consideration during the process of the appointment to key positions. Yet everything indicates that this has been changed and years of the struggle were not a tilting at windmills.

However, the findings of the Experian’s survey show one interesting thing, namely, industries where women saw the biggest improvement remained unchanged. Data indicates that industries with most female directors are the same as before the beginning of the global financial crisis. Those industries include hairdressing, primary education and social work.

The government wants approximately one-fourth of boardroom seats to be held by women by 2015 as the aim was outlined in a government report issued in February 2011. The findings of different analysis show that the number of women in FTSE 100 boardrooms climbed to roughly 17.3 percent, compared to over 12 percent in 2011. It is worth underlining that there are still eight UK companies with only men serving on boards.