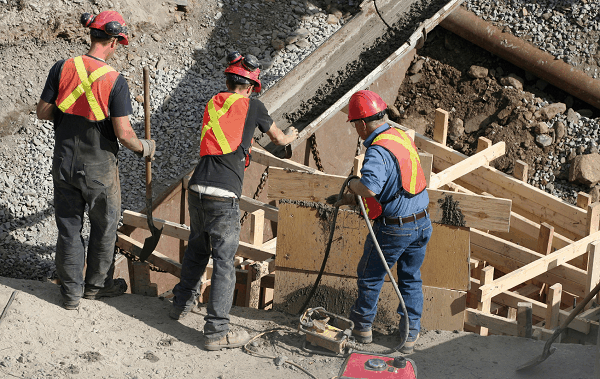 The UK construction sector shrunk for a second straight month in September as production and new orders continued to decline. The level of business morale was even closer to its lowest one when Britain entered recession in 2008. The PMI for UK construction sector, however, increased slightly to 49.5.

According to released data, the Markit / CIPS construction purchasing managers’ index, PMI, grew to 49.5 from 40.0 in August. The gain in PMI did not meet the experts’ estimate as it was too slight improvement. The result below 50 means that the UK construction sector is still in contraction as the 50 line separates growth from contraction. The PMI, which was published, certainly was not too optimistic. Tim Moore, senior economist at Markit, noted: “The principal take out from September’s PMI survey is that underlying construction weakness is likely to continue for the remainder of 2012.” He noted that the lack of new projects in UK construction sector resulted in the lack of confidence; the level of which is close to its lowest record when the Britain entered recession in 2008.

Moreover lower workloads in UK construction sector caused another drop, this time, in input buying across the sector. Also delivery times from sellers lengthened significantly because of the low stock at suppliers. All these signals were accompanied by the accelerating input price inflation caused by increased costs for both fuel and a range of raw materials as well.

In addition, the Markit survey also demonstrated that the house building dropped in September at its fastest pace since December 2010. Consequently, commercial activity decreased by the biggest margin since February 2010. However the civil engineering sector remained a pleasant surprise as it noted solid increase and companies continued to hire new workers.

Even though most experts expect official third-quarter data, which is to be published later in October, will show that Britain is finally standing up from its second recession since the “famous” financial crisis, the long-term outlook is not so optimistic and certain. The uncertainty is growing especially when we take into the consideration eurozone crisis and government austerity programs.

Since then the government has focused more on the infrastructure, with a £40 billion plan which cannot be started as there are problems with finding credit. There is also a £9.4 billion fiscal boost to upgrade the rail network in order to stimulate the construction activity in UK.