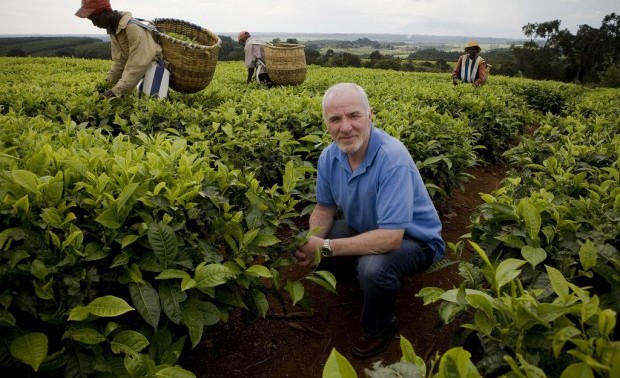 In a bid to counter existing ‘baffling and bewildering’ multi-tariff energy options on offer in the UK, the Co-operative Group has launched a new energy company called Co-operative Energy.

Through Co-operative Energy, the group hopes to provide a simple, easy-to-understand, single tariff plan to customers.

Steering away from the existing kind of options, which use fixed-price contracts for locking in customers and exit penalties that disallow customers to switch suppliers, Co-op Energy promises to provide comparatively low-carbon power on the basis of a simple tariff providing energy at a single unit price.

According to Nigel Mason, Chief Executive of Co-operative Energy, the new green energy company’s aim is to radically “shake up” the energy industry by providing fairer, better, cleaner energy.

In a media statement, Mason said, “Customers have been bamboozled by complicated tariffs and confused by changing prices and unfair contracts, and it has to stop”

“We are determined to provide a fair and transparent service for Co-operative Energy customers and to let them share in the profits,” he added.

Promising to avoid energy generated through coal owing to its high carbon content, instead acquiring electricity from low carbon generators, one of the primary aims of Co-op Energy is to ensure that the carbon content of its energy is less than half the national average by April next year.

The UK energy market currently has six big players i.e, British Gas, E.ON, EDF, RWE npower, ScottishPower and Scottish & Southern – ironically, these are referred to together as “The Big Six” – all of whom have come in the line of fire by Office of the Gas and Electricity Markets (Ofgem), Britain’s energy regulator, for providing poor customer service as well as for allegedly taking advantage of high wholesale prices to make more money from customers.

The consumer bulletin published by Ofgem in April 2011 says “Lack of effective competition means that for the first time, there is evidence that suppliers are putting up prices quicker in response to wholesale price rises than they are cutting them when wholesale prices fall.”

Further, the report says “The Big Six generally make higher margins from customers who take only their electricity or gas (as a single fuel product) and have never switched.  This may give the Big 6 an advantage over new firms entering the market, who do not have a legacy base of consumers.”

Despite this possible competitive disadvantage that a new energy company might face in UK market, Co-Op Energy’s CEO, Mr. Mason, says he hopes a big new entrant, an addition to the Big Six, will help open up the market.

The Co-op Group runs both, The Co-operative Bank, and The Co-operative Insurance. Its other businesses include Britain’s number one funeral services provider and also the country’s largest farming operation.

Currently, The Co-op Group operates more than 5,000 retail trading outlets, employs more than 110,000 people and has an annual turnover of £13.7bn.

Two tweets were posted using NFT artist Beeple’s account. The first one promoted an exclusive collection with Louis Vuitton. The second tweet announced that Beeple would soon rel
7 hours ago

Microsoft’s corporate vice president of mixed reality, Jessica Hawk, recently told CNBC that the metaverse will change how people function across a variety of devices and platfor
9 hours ago