Uber has signed a partnership agreement with NASA to develop electric flying taxi service that will commence by 2020. The service schedule is proposed to begin tests in Los Angeles and subsequently to three other cities during the test.

Uber’s head of product, Jeff Holden confirmed the agreement during a Web Summit in Lisbon on January 8. He disclosed that “the taxi app had signed a contract with NASA (National Aeronautics and Space Administration) to develop low-flying aircrafts for urban environments,” according to DEZEEN.

Sequel to the agreement, which is signed under NASA’s Space Act, Uber can now develop UberAIR, an app-based, on-demand flying taxi service. He added that the flight schedule will begin tests in Los Angeles two years from now, after which the tests would include Dallas, Frisco, and Fort Worth.

Jeff Holden added that “this Space Act Agreement paves the way forward for Uber to collaborate with NASA on the development of next-generation airspace management technology,” and that UberAIR will be performing far more transportation across cities daily than the company has ever done.  According to him, a crucial change in airspace management technologies is essential for any efficient and safety airspace transportation. 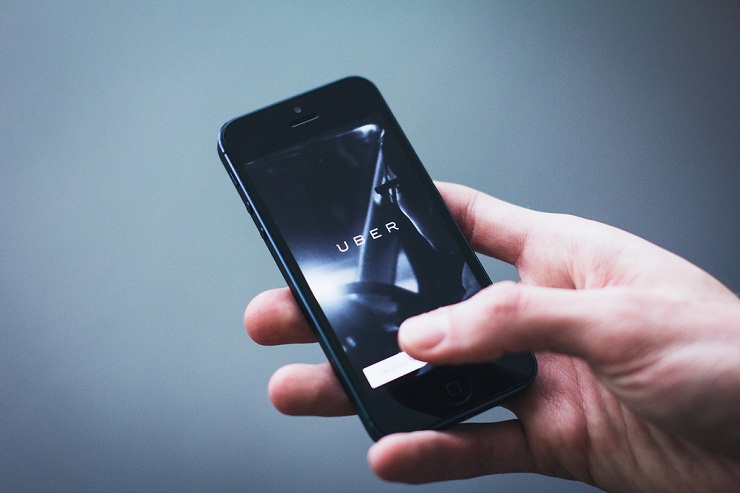 With this development, UberAIR has become one of the leading initiatives to replace cars with electric flying taxi that can take off and land vertically – that will be much quicker and environmentally friendly means of transportation.

Uber flying taxi also referred to as Vertical Take-off and Landing (VTOL) planes will permit users to share rides while also carrying a maximum of four passengers. From the advertisement video, UberAIR services will function just like the current Uber’s app where users can order Uber flying taxi on-demand and pay automatically through stored card details.

Uber expects that the flying taxi will significantly change transportation in Los Angeles by offering less than 30 minutes for an 80-minute journey on the ground. Holden also said that the time-saving Uber flying taxi which is set to make LA’s bad traffic a history will pave the way for more productivity, either by allowing users to have more to work or leisure time with friends and family. He also added that the company expects UberAIR to perform thousands of flights daily across the city for an improved economy in the region.

Uber flying taxi is expected to be functioning fully in 2028 when Los Angeles hosts Olympics – after operating for ten years. And the company is eyeing partnership with a real-estate investment company; Sandstone Properties for the construction of takeoff and landing hubs.

Uber started in San Francisco as a black car service for friends to Kalanick and Garrett Camp (founders) in 2009. Now, the company is holding the key to the transformation of the taxi industry, not only in the United States. Uber flying taxi which is coming to reality through Uber’s partnership with NASA is a welcomed proposal to shift transportation from ground to air.