Uber Elevate to Enable Commuting in Air by 2020

The Skyports are spaces for electric vertical take-off and landing (eVTOL) aircraft to board and unload passengers. As per Uber’s guidelines, the astonishing Skyport structure must have the capacity to support transport of more than 4,000 passengers per hour. Each Uber Skyport should be built within an area of 3 acres. Moreover, the UberAIR Skyport should comply with the local noise and environmental regulations. The architects have to ensure that VTOLs can frequently recharge the electric-powered flying taxis between trips. 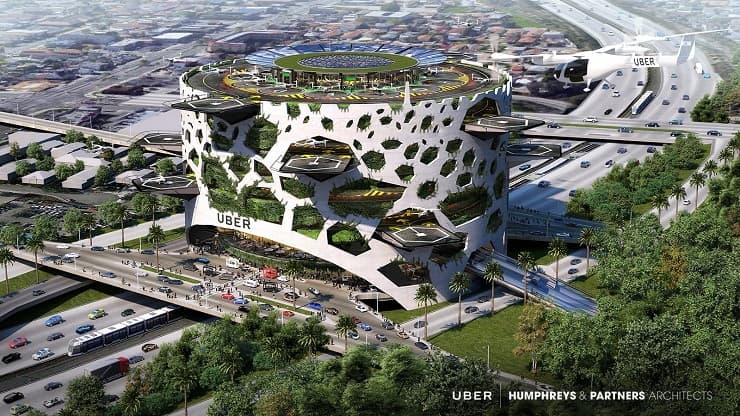 Humphreys & Partners Skyport blueprint resembles a beehive structure, revealed on May 9th at Uber Elevate. At its initial stage, this eVTOL will be able to support 150 landings per hour accommodating 600 passengers.

The construction is created from self-healing bio-concrete (a mixture of concrete and limestone) producing bacteria and foliage that absorbs greenhouse gas and noise. It’s one of the finest examples of biomimicry in architecture in 2018. Humphrey envisions making this mega structure into a multi-use space that includes office space and retail.

Humphrey placed this Skyport at the top of the existing parking garage adjacent to a forthcoming high-rise project in West Downtown Los Angeles. 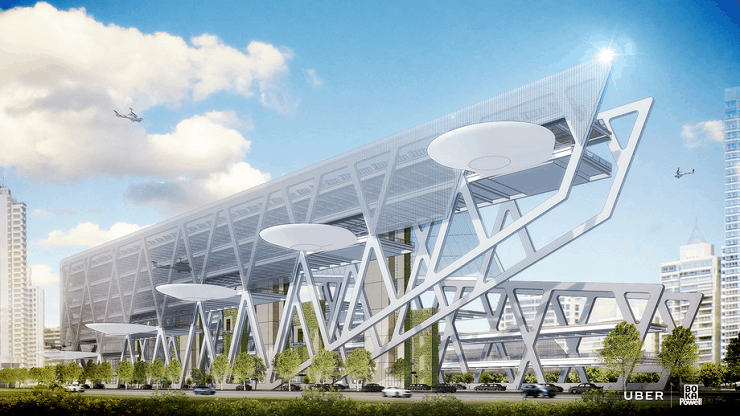 Boka Powell’s Skyport for Uber on-demand aviation system have 6 final approach and take-off (FATO) pads for landing and takeoff individually. The designer emphasized on the time management as the usual time to takeoff from an Uber car or from landing to an Uber ride will be 2 minutes and 50 seconds. 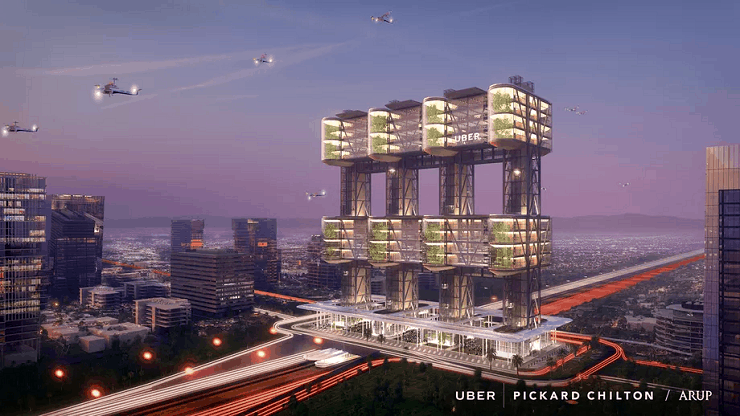 Jon Pickard Chilton and ARUP collaborated and literally took a vertical approach for their Skyport concept, Sky Tower. However, the module can be set vertically or horizontally as the space requirement.

This project would enable 2000 eVTOLs per hour, with each flying taxi accommodating five passengers. 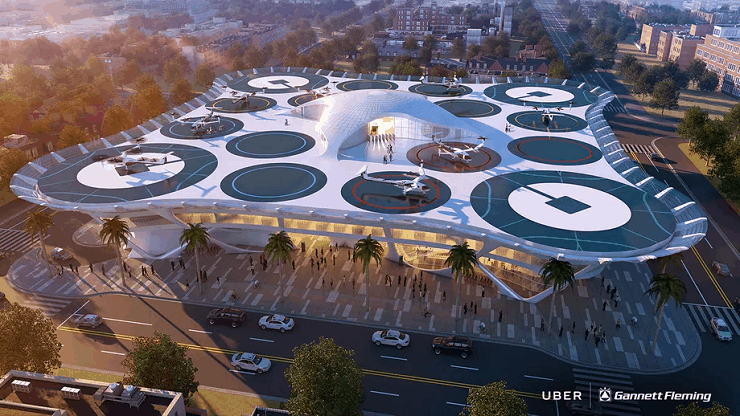 PAW, the design concept developed by Gannett Fleming for Uber AIR Skyport will cost $150M. It covers 1.3-acre footprint and it is a 4-story construction. The designer stated that a PAW can hold 52 VTOLs every sixty minutes. Further by 2028, the structure could manage 600 arrivals and departures per hour.

Fleming’s Skyport is a modular concept, that is, it can be constructed atop or between existing buildings. In addition, it can be expanded or contracted according to passenger volume, traffic and space constraints.

PAW is a solar-enabled megastructure. Notably, this Skyport offers to change the construction materials over a time to remain relevant to environmental needs. 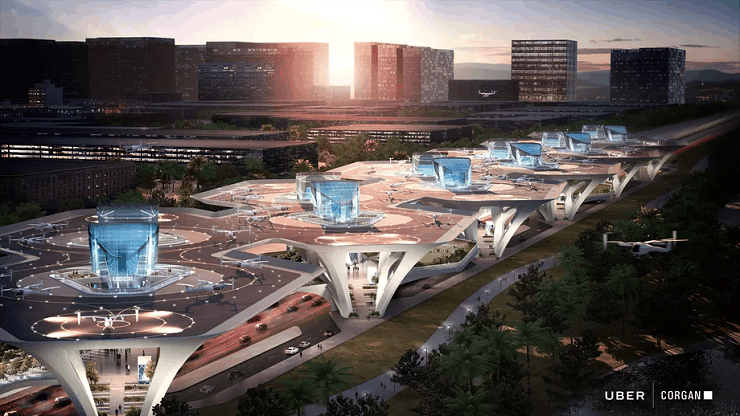 Corgan’s CONNECT system is another answer to Uber’s on-demand aerial navigation. CONNECT has a capacity to support 1,000 Uber eVTOLs per hour. It is a system of modular components comprising a connection plaza, a station, a bridge, and a flight deck. The components can be conveniently fixed anywhere – at open sites, top of a parking garage, or the roof of a skyscraper. Corgan mentions utilizing this Skyport as a lively, mixed-use hub for 24-hours. 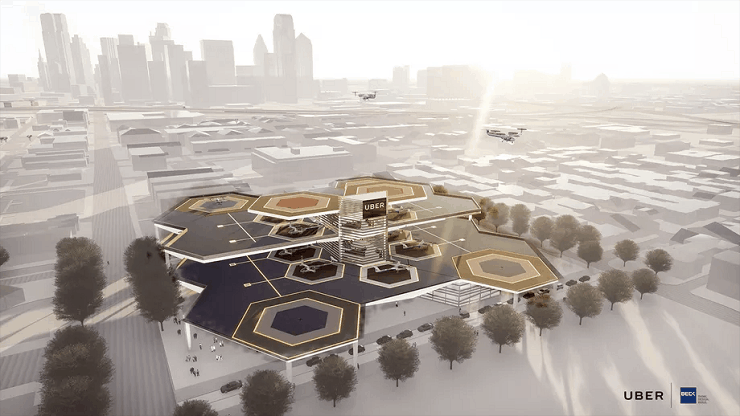 The Beck Group also took inspiration from beehive and called its design, The Hive. Unlike Humphreys & Partners drawing, The Hive is a complete replica of an actual hive – again, a favorite amongst our lists of biomimicry examples in architecture. The Beck Group’s Skyport can support 150 takeoffs and landings per hour. Moreover, the Hive could be sized to control 1,000 trips per hour.

Uber is aiming to make new aerial ridesharing commercial by 2023, globally. To bring UberAIR in the market, the ride-sharing Service Company has finalized two “launch cities” – Dallas and Los Angeles along with the third yet to be named the international city.