Uber to reduce its GAAP revenue

Uber has withdrawn its 2020 financial guidance report saying that the Covid-19 coronavirus pandemic has made it difficult to predict how the market will playout for the company.

“Given the evolving nature of Covid-19 and the uncertainty it has caused for every industry in every part of the world, it is impossible to predict with precision the pandemic’s cumulative impact on our future financial results,” the company said in a statement. 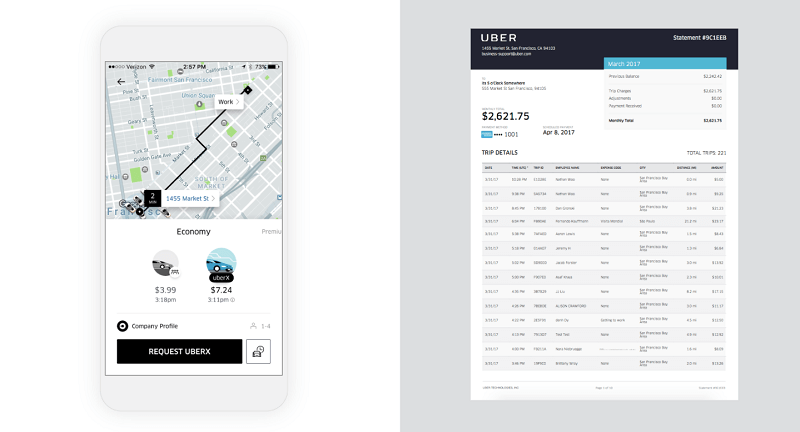 Uber also announced a financial assistance program for its drivers and delivery personnel, which the company plans to adjust as contra revenue.

This will reduce nth GAAP revenue by around $17 million to $20 million in the first quarter and an estimated $60 million to $80 million in the second quarter. Uber will exclude certain Covid-19 related expenses from the net revenue to help assess the financial impact of the pandemic on the ride-sharing company

Uber expects its investments in some of the food delivery and taxi services companies around the world to suffer too. Uber’s equity investments in some companies like Didi in China, Grab in South East Asia, Yandex in Russia, and Zomato in India has suffered in value, and this needs to be taken into account too. The losses will be in the region of $1.9 million to $2 million as impairment charges. The company valued holdings in China’s Didi Chuxing and Southeast Asia’s Grab at $10.3 billion in 2019.

Uber had earlier projected full year adjusted net revenue of $16 billion to $17 billion in 2020, gross bookings of $75 billion to $80 billion and an adjusted Ebitda, or earnings before interest, taxes, depreciation, and amortization loss of $1.45 billion to $1.25 billion.

Uber’s ride-hailing operations have suffered due to the stay at home by people all over the globe. Rides have fallen by as much as 70% in some of the hardest-hit cities, Uber has said. To compensate for the loss in business, Uber has tried to focus on its delivery services UberEats. There has been a rise in demand for food delivery with so many people stuck at home.

Uber’s announcement led to its stocks rising 8.5 percent at the bourses on Friday. In March, Uber’s stock fell as was the case with others due to the uncertainties created by the Coronavirus. In a call with analysts, Dara Khosrowshahi, Uber’s CEO, had assured investors that it has a cushion of nearly $4billion to see it through the crisis.

Uber is scheduled to release its quarterly report on May 7.

Earlier, CEO Khosrowshahi welcomed the effort of the government in meeting the crisis with a relief package of nearly $2 trillion. Under the Bill’s Pandemic Unemployment Assistance section, contractors and self-employed people qualify for unemployment insurance.

This was not the case before the bill was passed. Previously, contractors and freelancers were not eligible for employment benefits.

Earlier, Khosrowshahi had written an open letter to President Trump, urging him to consider contract workers in his stimulus package for unemployment benefits.

“I respectfully and urgently request that the economic stimulus you are considering, along with any other future legislative measures in rsponse to COVID-19, include protections and benefits for independent workers, not just employees, both those who use Uber and all other across the economy” Khosrowshahi wrote in the letter.

He said the new law should bridge the gap between regular salaried employees and the gig workers and contractors who are given very few benefits compared to regular workers.

Uber has been engaged in a battle with both state governments and its drivers to regularise their employment so they can claim some benefits.

Uber has been desisting from qualifying its drivers as regular employees for a long time in various states and countries and has been fighting legal battles to protect its business model.

The provisions under the stimulation package now lightens the burden of liability towards Uber drivers of the company.

Anna Domanska
Anna Domanska is an Industry Leaders Magazine author possessing wide-range of knowledge for Business News. She is an avid reader and writer of Business and CEO Magazines and a rigorous follower of Business Leaders.
« Impossible Foods to Be Available Across 1,000 New Grocery Stores and Supermarkets
Google Plans to Relaunch Smart Debit Card »
Leave a Comment
Close