Uber teams up with China’s BYD for electric car testing 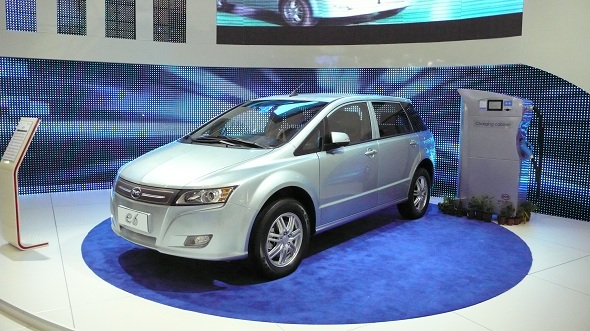 The deal with Uber might as well be a step toward the long-held goal of selling its cars to US consumers.

Uber Inc. announced on Friday that it has teamed up with Chinese automaker BYD, or “Build Your Dream” to test a fleet of electric cars for its drivers.

The test programme, which was initiated a few weeks ago in Chicago, could eventually expand to other cities as well. Uber spokeswoman Lauren Alltmin stated that the venture is Silicon Valley’s first project that will focus on electric vehicles.

Uber, which allows users to book rides on their smartphones, originally began with a luxury town-car service but in many cities it has included UberX, a low frills service with non-professional drivers using personal cars. The BYD offering is aimed at such drivers.

The electric car is part of Uber’s programme to help drivers either buy or lease new or used cars. Uber tapped Chinese automaker BYD known for its effort to promote eco-friendly vehicles and also because BYD’s e6s are larger than most competing electric vehicles.

The BYD e6 vehicles are currently available via Green Wheels USA, a Chicago car dealership who mainly focuses on electric and hybrid cars. It is also involved in building EV charging stations.

Currently, there are about 25 BYD vehicles being used by Uber drivers in Chicago, and the goal is to increase that number to a couple of hundred by the year end, according to Doug Snower, Green Wheels’ president.

For Chinese automaker BYD, the deal with Uber might as well be a step toward the long-held goal of selling its cars to US consumers. But so far its e6 vehicle has been put to use only in pilot programs in the United States.

In 2009, BYD received Warren Buffett’s backing and announced its plans to sell e6 electric car in the United States the next year. Ever since, BYD’s US business has focussed mainly on electric buses for public transportation.

BYD revealed the programme on its Facebook page but refused to comment on the deal with Uber. After a single charge, the e6 can go up to 186 miles. It also says financing is available from BYD-approved lenders.

Green Wheels is providing quite a lot of opportunities to drivers captivated by the e6. The most desirable programme, Snower said, lets an Uber driver make use of a BYD e6 for $200 USD a week for his or her driving period. The vehicle is then given back to a Green Wheels lot, where it is electrically charged until next time. Drivers can also go for other customary lease programmes.