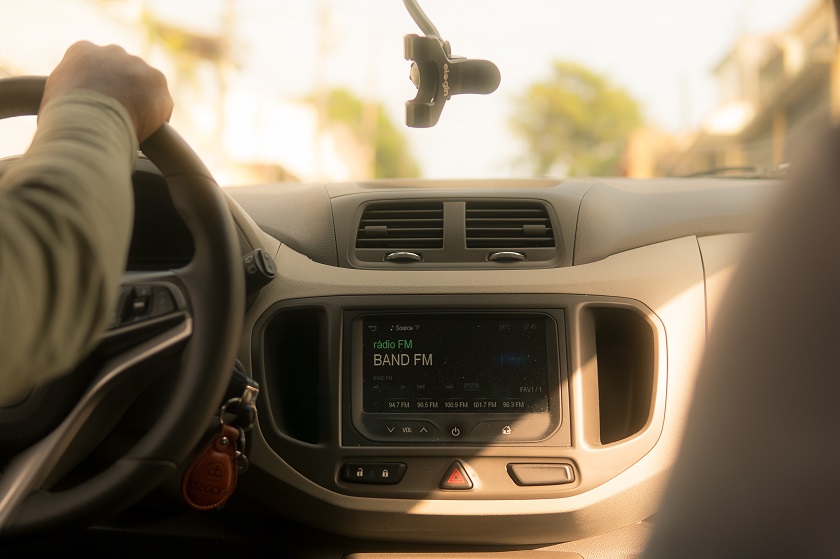 Uber and Lyft drivers staged a caravan protest surrounding Uber’s San Francisco headquarters, demanding that the ridesharing company not classify them as contract workers and comply with the AB-5 law that protects gig workers’ rights.

AB-5 is the gig workers’ bill that if imposed, will not let companies like Uber, Lyft, and DoorDash classify their workers as independent contractors.

In response to AB-5, Uber, Lyft and DoorDash funded a move called the Protect App-Based Drivers & Services Act through a ballot initiative to ensure that drivers continue to be classified as independent contractors with flexible hours.

Uber, Lyft and Doordash have funded the ballot initiative against the imposition of AB-5 law, each promising $30 million for the protest. Some drivers are inclined towards what this Protect App-Based Drivers & Services promises. “When I saw what this initiative was, I just saw it as a win-win,” rideshare driver Jim Pyatt told TechCrunch.

The ballot initiative promised to give 120 percent of the bare minimum wages, healthcare and accident insurance, and some other perks. Still, some of the ride-sharing drivers are not happy with the provisions listed, saying it was too little and too late.

Gig Workers Rising organized the protests. “Uber, Lyft and other gig companies are continuing in the same path of abusing and completely taking advantage of workers while putting them at risk,” rideshare driver and organizer with Gig Workers Rising Edan Alva told TechCrunch. “The thing is, it’s never been clearer than during these times how benefits, sick days and unemployment benefits are absolutely critical for workers, especially for workers who are considered essential and are the most vulnerable in society overall. What they earn immediately goes to sustain themselves and their families.”

Gig workers are the worst hit in this pandemic and need some protection against bad economic times as they are basically freelancers with no contractual safety. The US government’s recent CARE Act covers gig economy workers for unemployment benefits, with some caveats.

Most gig economy workers are people of color and come from weak economic backgrounds. A recent survey in San Francisco found that 45 percent of people employed in such contractual work were unable to afford $400 for any emergency.

The protest follows in the footsteps of a series of lawsuits filed by the California Attorney General and some other attorneys in some cities of teh state saying that Uber and Lyft are misclassifying drivers as contracted workers for gains. If they are classified as employees, then the companies would have to pay unemployment benefits to the state and the federal governments. A UC Berkley study puts the total liability of Uber and Lyft at $413 million from 2014-2019 as part of their unemployment contribution to California state.

The lawsuit filed in the Superior Court of San Francisco, further argues that Uber and Lyft do not give their workers overtime, sick leaves or disability insurance and unemployment insurance. The lawsuit seeks $2,500 in penalties for each violation and another $2,500 for violations against people with disabilities and older citizens.

“We are incredibly ecstatic that the AG recently decided to follow through and enforce AB 5,” Alva said. “But Uber and Lyft are still trying to eliminate legislation that provides workers with those rights. It’s such a level of entitlement and disregard to human lives. It’s good the state of California is going after these companies. From the perspective of the worker, I feel like we as workers need to come together and we need to send consistently and relentlessly a very clear message that this is unacceptable.”

Uber’s response to the lawsuits is, “At a time when California’s economy is in crisis with four million people out of work, we need to make it easier, not harder, for people to quickly start earning. We will contest this action in court, while at the same time pushing to raise the standard of independent work for drivers in California, including with guaranteed minimum earnings and new benefits.”

The latest protest that the drivers are holding is also about the measure that Uber and Lyft need to take to ensure the safety of its drivers against the Covid-19 coronavirus. Till date, the drivers have not been provided with any masks, or sanitizers or gloves. The companies have assured that they are taking steps to give the drivers personal protective equipment. But with no aid forthcoming in time, most have discontinued driving.

There is another grouse that the drivers are talking about. They say that the money that the companies are spending on anti AB-5 measures would be better utilized for the betterment of the drivers working for them.

Mekela Edwards, a rideshare driver and organizer with We Drive Progress, said to Techcrunch, “That’s money they could be spending to support us. We enjoy the work we do. We just want to be respected and appreciated like any worker should be.”

There is no assistance forthcoming for ride-sharing drivers who have been placed at risk while driving and are self quarantining. They have no other source of income. Uber initially offered some financial help to drivers who were diagnosed with Covid-19 or placed in quarantine. They have now expanded it to include individuals who are at risk because of pre-existing conditions

The protest was timed to coincide with Uber’s annual shareholder meeting, which was held virtually. The company announced a loss of $2.9 billion for the first quarter of this year. The company laid off 3,500 employees, around 14 percent of its employees recently.

Anna Domanska
Anna Domanska is an Industry Leaders Magazine author possessing wide-range of knowledge for Business News. She is an avid reader and writer of Business and CEO Magazines and a rigorous follower of Business Leaders.
« Facebook to Pay $52 Million to Content Moderators
NVIDIA announces Ampere GPU for AI and Data Centers »
Leave a Comment
Close

Companies have raised over $400 billion in the first three weeks of 2021 as stimulus packages from governments and central banks have led to...
16 hours ago