Uber Technology Inc. finally won government’s approval to start taxi-hailing program in Japan after being marginalized ever since by Japan’s law against ride-sharing. The company said on Tuesday that it will start the service this summer on Awaji Island where it targets residents and mostly foreign tourists as it gains full entry into Japan’s 1.72 trillion yen ($15.5 billion) taxi market.

In a statement released by Uber, Hyogo Prefectural Government will be working with the ride-hailing company for the project which will run through the end March 2019. The plot will feature local taxi operators that will be accepted through a tender. According to the Japan Times, customers will gain access to different points on the island without taking one of the bridges to the mainland.

It appears that Prime Minister Shinzo Abe wants to use his administration to promote tourism on Awaji using Uber’s transportation technology. Uber’s Chief International Business Officer, Brooks Entwistle said the company is hoping to expand its opportunity in the nation before 2020 Tokyo Olympics and Paralympics. And that it has been in talks with more than 20 taxi companies globally to establish business ties.

Uber is not concerned with the minor opportunity they have at the moment. The company is relying on what could be achieved after several years of growth in Japan as they introduce their transportation business technology. Uber is seeing the Japan market as a lucrative place to deploy huge business strategies that would affect the company globally in the next couple of years, said Entwistle. 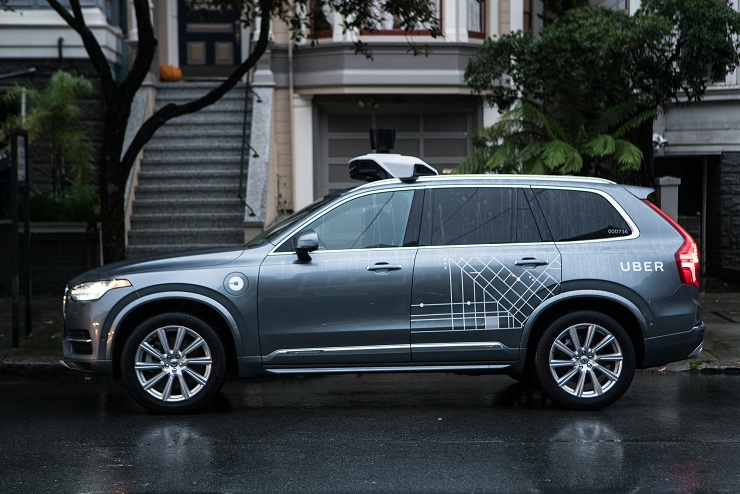 “As we join forces with local taxi companies and the Awaji district administration office, we will work together to enrich the product offerings of what will be the first initiative of its kind in Japan to meet the local needs.” As reported by Bloomberg.

The service which has a minor victory for Uber will allow users to call a taxi via a Smartphone app, estimate arrival time and the ride’s price range before opting for the hailed vehicle. Awaji Island which features a few hundred cabs has a population of about 130,000 and located about an hour from Osaka and half an hour from Kobe by car. The island’s natural environment, hot springs and cuisine are well promoted by local tourism agencies. Located in Seto Inland Sea, Awaji is a home to one of the longest suspension bridges in the world and a destination popular for biking. In March 2017, the Island recorded about 12.8 million visitors within 12 months, according to government data as reported by Bloomberg.

The partners or financial details were not disclosed by Uber. Sony Corp. and Nihon Kotsu Co. are two known rivals that have released taxi-hailing apps, though commission-based service looks more profitable than operating solely as a dispatch service. China’s Didi Chuxing is another competitor looking to offer taxi-hailing services in Japan. It has been in talks with a cap company for partnership.

Anna Domanska
Anna Domanska is an Industry Leaders Magazine author possessing wide-range of knowledge for Business News. She is an avid reader and writer of Business and CEO Magazines and a rigorous follower of Business Leaders.
« All About Jaguar’s Royal Concept Zero Electric Car We Saw At The Royal Wedding
Barclays Explores Merger with Standard Chartered to Thwart Activist Investor »
Leave a Comment
Close