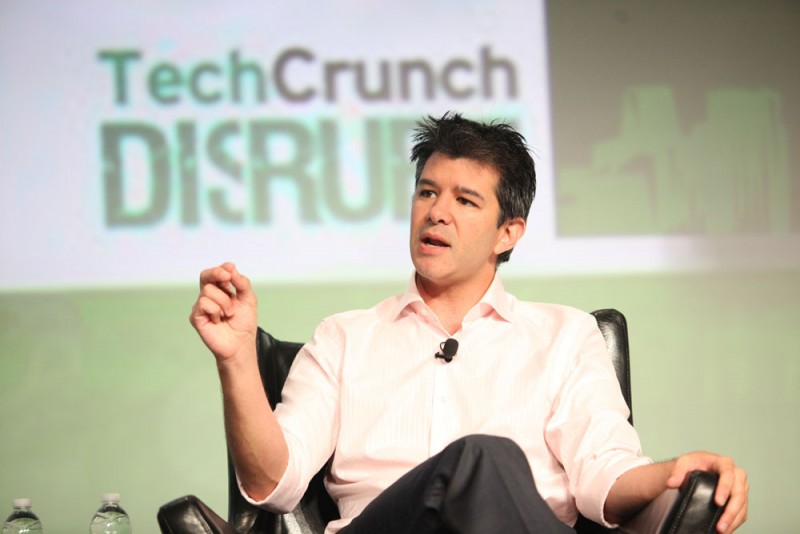 Uber CEO Travis Kalanick addressed as a speaker at Wall Street Journal Live Conference– WSJD LIVE in Laguna Beach, California on Tuesday. Have you been looking for Uber on the IPO list? Not happening. The ride-sharing app company has no plans to go public yet. Kalanick described the phase of its company as way too early to share its name at IPO and go public. Sorry Investors! It happened hours after his member of board committee criticized the Silicon Valley giant publicly for not planning to go public. He acknowledged the fact that Facebook CEO Mark Zuckerberg himself urged him to start the process with filing papers, which he regarded as their company being too young to start the IPO process.

Uber Chief Executive Travis Kalanick said his company still needs time to grow up, which he founded five years ago, “We’re in junior high, and people are telling us to go to the prom, give us some time. When the time is right, something like that will happen. It’s just too early in the cycle.”

As Industry Leaders Magazine has reported, at present, Uber is a worth $50 billion and the world’s fastest growing company, and it is regarded as the world’s most profitable startup in technology. The remarks came from Bill Gurley that the company, if ‘they refuse to make their company public’ should at least provide their startups with ‘liquidity discount’ of their valuations as much as that of 70% to 80%. To this Kalanick replied as ‘Gurley and he do not agree on everything, but that’s okay’. Chris Sacca, a Uber Investor, revealed he has confidence that one day Uber’s worth will be more than that of Facebook’s $250 billion. Uber CEO Travis Kalanick said employees and investors will be rewarded for their extreme patience. For now, Uber is not having any difficulty in raising investments through private investors. It was reported that an investment of $1 billion was recorded this summer, which eventually rounded a value of worth $51 billion. Currently, Uber Chief Executive Travis Kalanick has fixed its focus on China, which is a market where Uber is facing a fierce battle from domestic nemesis, Didi Kuaidi, biggest taxi service until Uber made its debut in the Chinese Markets. China, at present, accounts for almost one-third of Uber’s service and trips is growing so fast.

Uber CEO Travis Kalanick when asked over Chinese Economy for Uber answered, “It’s an amazing place to be, there are huge cities that really need transportation alternatives and people who could be drivers who are looking for ways to make a living.”

Competition in China works in a different pact, unlike other markets. Didi Kuaidi, the biggest rival of Uber is backed by biggest Chinese Investors like Tencent and Alibaba.

Uber Chief Executive Travis Kalanick said, “Competition in China just works different; we play it by different rules. But that’s okay, we believe in the quality of our product, the quality of our technology and the fierceness that our city teams put in the effort.”

When asked about the effect on Uber from driverless cars in future, Uber CEO Travis Kalanick believes there has to be a reason behind why Google is investing in driverless car technology. 30,000 people die in automobile accidents every year, and commuters spend too many hours every day stuck in cars, he feels Apple, Mercedes-Benz, Google, Tesla, and other companies are investing and trying to develop an autonomous car to give lives of people back to them.

Travis explains, “The technology is coming. So the question for us, is does Uber want to be part of the future or resist, like the taxi industry? Our choice is to be a part of it.”

Kalanick foresees the efforts to partner with the technology firms, to find out a way to participate in the future revolution.

His words conclude as, “Uber has the potential to be disrupted if we don’t do it right.”

Commonwealth Fusion Systems secures more than $1.8 billion in Series B funding to commercialize fusion energy. The funding round was led by Tiger Global Management with participati
15 hours ago

The latest Coronavirus variant, Omicron, which is believed to be more transmissible and severe, might derail growth and recovery and raise costs, according to the Organization for
19 hours ago