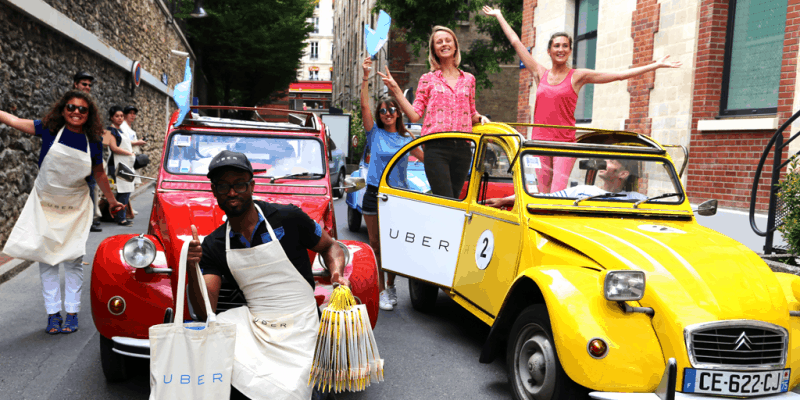 Uber CEO Travis Kalanick carries a huge baggage of never ending woes. It is common with high-end corporations these days to land themselves in a huge massacre every now and then. Every day one or the other corporate giants gets sued, faces protests, bans and much more. Apple Inc. gets sued over false patents license while Facebook Inc. and Uber Inc. gets sued for the act of violation of privacy.

As much as these Industry Leaders are loved by users, let us not forget the fact that government and people across the globe fantasize a huge obsession of messing up with them. Talking about the mess, Uber CEO Travis Kalanick is once again facing troubles in Germany. No, there is no nationwide ban inherited upon Uber if that is what comes to your mind. Instead, the trouble arises from earlier court verdict on UberPop and its illegitimacy according to PAT (Passenger Transportation Act). Apparently, finding drivers in Germany is proving a hard nut to crack for the organization.

According to a spokesperson from Uber Technologies Inc, for Uber drivers in Germany, the entire process of registration for a self-governing rental cab enterprise is highly time-consuming and too expensive, after a German court made a verdict, which requires drivers working for Uber to have a valid license for the taxi. As a result, Uber CEO Travis Kalanick has decided to pull out its cab services from Dusseldorf, Frankfurt, and Hamburg to avoid further troubles, leaving Munich and Berlin as the only cities in the country with services from Uber Technologies Inc.

Uber is famous for it’s on and off intense relationship with Germans, and eventually, the relationship has soured between the duos once again after this sudden decision of the withdrawals of services from the country.

Earlier, Industry Leaders Magazine reported that in January 2013, Uber CEO Travis Kalanick launched his cab-hailing services without much hullabaloo in Germany. The launch featured less paparazzi and a couple of cars on the Berlin streets. After what can be called as a silent launch, Uber Technologies Inc. was able to seek support for months from the public before the government of Berlin issued a notice seeking Uber ban on UberPop and UberBLACK from the city in August 2014. Merely a couple of days later, the government faced a sudden change of heart as the Administrative Court of Berlin lifted the ban from Uber giving rights to continue its services. Ever since, things were going quite well between the two until again the German court started troubling Uber drivers by its harsh verdicts.

Surely, Uber CEO Travis Kalanick is a very shrewd businessman and he won’t let problems like this mess with him, so Uber Technologies Inc. is planning to go through the verdict and aggravate its dialogue with their lawmakers and it hopes that it will be able to restore its empire back to the country as soon as possible. Germany happens to be one of the most important markets for Uber.

Read more on Uber at Industry Leaders Magazine: Uber is expanding its horizon in remote places in New York and Long Island