Uber and Lyft will roll out scooters in San Francisco

Electric scooters, gradually making its way into the US transportation system looks like the next area Uber would be battling with Lyft. Axios on Thursday reported that both companies have submitted applications to operate scooter-sharing services in San Francisco.

Following a sudden popularity and lack of regulations on electric scooters in San Francisco, the city has recently created a program to regulate this new means of transportation and before then facing pressure for operational permit from the ride-sharing giants. Reports say the device is being dumped carelessly on sidewalks by users when they run out of power, creating passage challenges for disable persons.

Lyft has been in talks with officials of San Francisco city to discuss possible permit through applications and has proposed some prototypes as at last month according to TechCrunch. Earlier last month, San Francisco city published its requirements for companies seeking for permission to run scooter-sharing program in the city and the San Francisco Municipal Transportation Agency (SFMTA) also had finalized terms for application in May. The City planned to issue a permit to at most five companies, according to its 24-month pilot program which will allow the operation of up to 2,500 scooters in San Francisco. There was no information on how many scooters each licensed company would be permitted to deploy, perhaps 500 scooters per permit.

Meanwhile, Uber has already made it clear that its interest to win the ride-sharing service market will not be limited to cars. Uber CEO Dara Khosrowshahi disclosed that Uber is planning to move into other means of transportation during an interview at the Code Technology Conference in April; transportation options that would be city-friendly. The same month, Uber acquired San Francisco bike-sharing service startup JUMP for around $200 million.

In terms of city-friendly, electric scooters are now simple vehicles providing a cheap and efficient means of traveling the so-called “last mile,” referred to as the trips that are too short for a car ride and too long to walk. It’s a promising twig of transportation where Uber and Lyft would battle it out against one another if their application is approved. 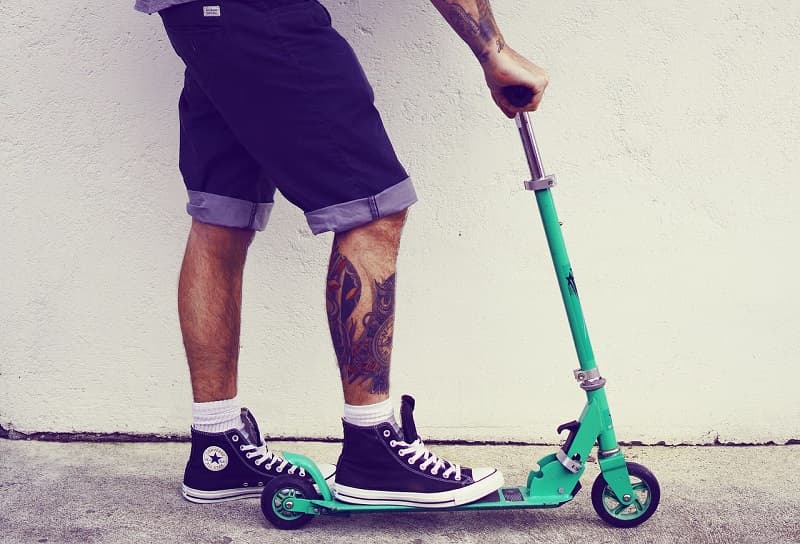 The SFMTA’s deadline to apply for scooter-sharing program permit was on Thursday at 5 p.m. Reports from Sfexaminer says SFMTA received applications from several companies aside from JUMP (now Uber), Lyft and already mentioned four scooter startups. Chinese bike-share giant Ofo, Scoot, Hopr (AKA Cyclehop), Ridecell, Razor (scooter craze creator) and USScooter are among the additional companies that applied for the permit.

Sequel to SFMTA’s plan to limit the number of permits to five, the only way more than five companies would participate in the service is through partnerships. We are waiting to see the outcome; expecting the ride-sharing service giants to compete fiercely when they finally gain access to the lucrative-looking market.

Anna Domanska
Anna Domanska is an Industry Leaders Magazine author possessing wide-range of knowledge for Business News. She is an avid reader and writer of Business and CEO Magazines and a rigorous follower of Business Leaders.
« EU May End Google’s Monopoly Moment with a Huge Fine of $11 Billion
Verizon Targets 5G with New CEO Appointment »
Leave a Comment
Close

A weak job report resulted in a record close on Friday for the US stocks. The US labor department’s monthly non-farm payrolls report revealed employers hired 266,000 new workers
1 day ago