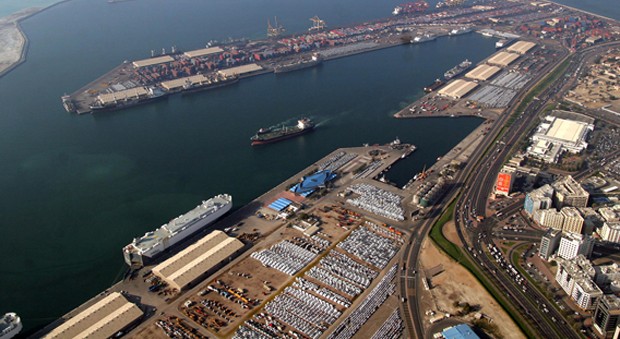 With investments worth billions of dollars pouring in from port industries all over the world, UAE is all set to host the World Ports and Trade Summit (WPTS) from 28 – 30 March in Abu Dhabi.

With US$46.5 billion being spent on ports in the Middle East annually, UAE seaports are set to become a hot topic for discussion during the WPTS.

The Fujairah seaport has been operational since January 2009 and specializes in general cargo, liquid cargo as well as oil and gas. 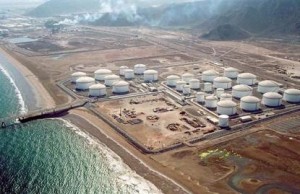 Its current capacity of holding 12 million barrels, is estimated to increase to 44 million barrels by the end of 2012. When this happens, Fujairah port will become one of the most important ports supplying fuel oil and by-products to ships with and oil industries.

The Fujairah Seventh International Bunkering and fuel oil forum (FUJCON) which concluded on 16th march was held with the primary objective of highlighting the significance of the 360km crude oil pipeline extending from Habshan Oilfields to Fujairah, which, when completed would not only help take care of one third of UAE’s oil exports, but would also reduce extensive dependence on the Strait of Hormuz.

Captain Mousa Murad, Director of Fujairah Seaport, has envisaged that Fujairah will become a hub for maritime logistics as well as for the gigantic expansion related to demands of bunkering ships.

Allowing tankers to load and unload in Fujairah would cut down the additional 400km trip to Abu Dhabi, saving large crude carriers as much as $37,500 per day, according to figures from the UK’s Drewry Shipping Consultants, further boosting the local economies of the Northern Emirates.

With a total investment currently valued at US$24 Billion, Khalifa port is likely to be fully operational by 2030.

Phase one is currently on track with targets being achieved by 2012 to make its first phase operational.

So what sets the Khalifa Port apart from the rest ?

To start with, the Khalifa Port is an offshore port with a 4km long connection to the on shore industrial zone. The project is funded by the Abu Dhabi government body – Abu Dhabi Ports Company (ADPC) – whose vice president Tawfiq Yousef Al Mubarak recently announced that Abu Dhabi and Dubai have partnered to see this new venture through.

Mubarak has further stated that he is sure that this port will prove to be very strategic for the growth of Abu Dhabi’s industrial and commercial sectors in their lofty vision of Abu Dhabi 2030.

Oman is expanding with double projects which confirm that ports are the most important sector for its regional trade.

With US$645m put aside for Salalah Port expansion, work here is aimed to begin towards the end of March. The Salalah project is aimed at increasing the capacity of dry bulk commodities to 40 million tones and that of liquid cargo to 5 million tones.

Expansion work on the port of Sohar on the other hand is also progressing, with two key projects including the development of a major deepwater jetty and a dry bulk terminal.

Construction of the new $250m jetty is already well underway, with completion set for the second half of 2011. Once finished, Sohar will be one of the few seaports worlwide with such deepwater capability, allowing for the docking of new generation super-scale ore carriers.

The iPad manufacturer has previously sought to remove China as the main Apple manufacturing country. Trade tensions and a strict Covid-19 policy has previously resulted in supply c
24 hours ago