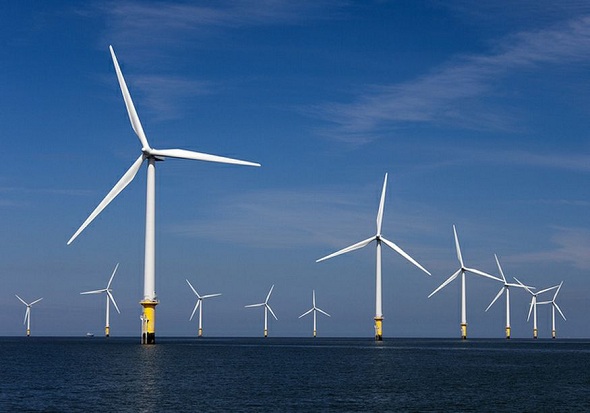 The federal government is officially set in motion to auctioning off commercial wind leasing rights for an area of more than 742,000 acres for wind development.

Currently, there are no offshore wind farms in U.S. waters. The government hopes to change the stagnant state of affairs. In a press release announced on Tuesday, US Secretary of the Interior Sally Jewell and Bureau of Ocean Energy Management director Walter Cruickshank announced that more than 742,000 acres of shores of Massachusetts – no less than the size of Rhode Island – for wind development.

On completion of a 60-day public comment period on Aug. 18, federal officials will finalize the proposal which shall also include the date for impending auction. 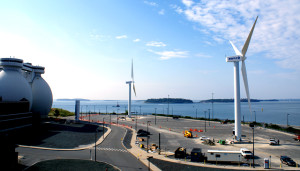 Department Of Interior Secretary Sally Jewell says the competitive lease sale “will reflect the extensive and productive input from a number of important stakeholders. This includes interests such as commercial fishing, shipping, cultural, historical, environmental, and local communities to minimize conflicts and bring clarity and certainty to potential wind energy developers.”

The announcement is one of the latest steps designed by the Bureau of Ocean Energy Management in 2010 to determine commercial interest in wind energy development in Massachusetts.

Governor Deval Patrick joined Jewell and Cruikshank for the significant announcement: “Today’s announcement is a momentous occasion and the culmination of years of cooperation and hard work between the Commonwealth and federal officials. Through our investments and proactive planning, Massachusetts is poised to lead the charge in offshore wind energy development, with the economic and environmental benefits that come with it.”

Since 2007, DOI has been working on creating Massachusetts as a heart for the emerging U.S. offshore wind energy. The efforts include some of the most ambitious projects taken place in recent years, such as the construction of the Marine Commerce Terminal in New Bedford, a facility created to support construction in the U.S., and quite a few assembly and deployment of offshore wind projects.

Patrick revealed in a statement that federal officials till date have awarded five commercial wind energy leases, including one to Cape Wind.

Cape Wind is development a $2.5 billion wind project in Nantucket Sound. DOI notes that lease sales to date have already generated about $5.4 million in high bids for 277,550 acres. The BOEM is looking forward to more competitive auctions for Wind Energy Areas offshore in Maryland and New Jersey by the end of 2014.

Anna Domanska
Anna Domanska is an Industry Leaders Magazine author possessing wide-range of knowledge for Business News. She is an avid reader and writer of Business and CEO Magazines and a rigorous follower of Business Leaders.
« Japanese Organic Cotton Battery to Revolutionize Electric Vehicles
HP wants to change the world of technology forever with this killer invention »
Leave a Comment
Close