The U.S. Transportation Department could be looking at the possibility of regulating Google and Apple Maps. If a proposed bill from President Obama’s administration is cleared, the National Highway Traffic Safety Administration (NHTSA) would regulate all kinds of navigation aids, including apps on smartphone and electronics built into car dashboards. 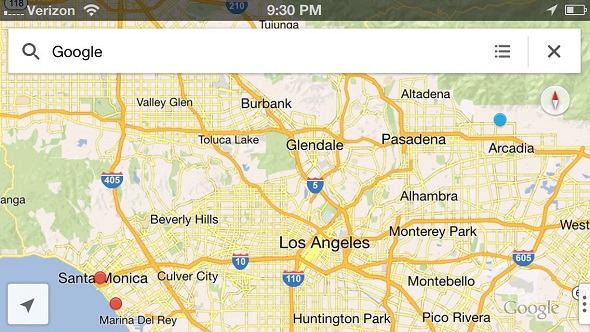 Car accidents are still a major cause of death and injury in the United States. And texting on a cell phone while driving, and other distraction related issues involving smartphones and tablets have escalated as central issues in state legislation over the past decade.

The whole idea of regulating in-vehicle navigation is to essentially curb the occurrence of distracted driving, including one of the main voluntary rules which will guarantee that the users interaction with such navigational systems will be restricted to just two seconds each time, with a maximum of sixteen seconds on the whole. The bill isn’t set in stone yet as it is likely to see many other proposals make their way into and out of the bill before administration passes it later in the year.

The two major companies in the industry are Google and Apple, which have made maps a focal point of their smartphones, not just for navigation but also as a way to collect data and circumstantial information for their search functions and apps.

Tech firms that produce the smartphone apps argue these proposed laws would be nearly impractical and impossible to impose in an expeditiously growing and changing market with several hundreds of apps. One of the reasons has to do with the fact that built-in navigation systems are just used in cars unlike smartphones that used everywhere.

The biggest hurdle for Transportation Department regulators will be the number of apps. There are a set number of automakers, but there are thousands of app developers building new apps every day.