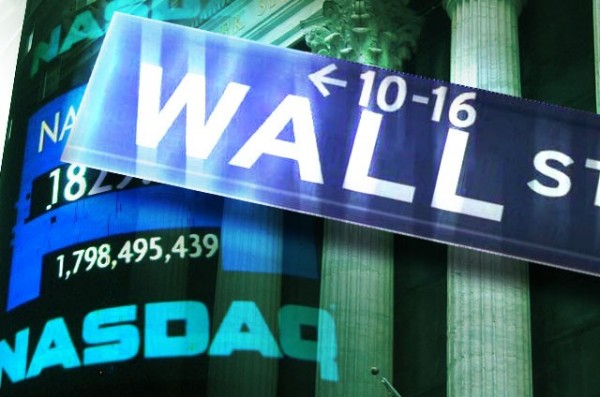 Friday saw a slightly higher opening of U.S. stocks, the final trading day of a strong quarter, as investors hope for some positive economic reports after a disappointing stretch of data.

There have been worries about a slowdown in the growth which has kept investors sidelined lately; it’s been astral three months for stocks, with all three major U.S. indexes on track to log solid gains. The Dow is almost 8 % up, the S&P 500 is nearly 12% up. The Nasdaq logged its best close since 2000 earlier this week and remains near that mark. In addition, the S&P 500 and Dow are close to setting fresh multi-year highs. The S&P 500 has fallen for three straight days but remains up 2.8 percent in March and up almost 12 percent for the first quarter. If the gains hold, it would be best start to the year since 1998 and the index’s best quarter since the third period of 2009.

Each index is within striking distance of milestone levels.  Ahead of Friday’s opening bell, the Dow Jones industrial average, S&P 500 and Nasdaq futures were all up about 0.4%. Stock futures indicate the possible direction of the markets when they open at 9:30 a.m. ET.

This week is supposed to be filled with a string of lackluster numbers on durable goods, home prices and the labor market. There have been concerns ongoing about a growth slowdown in China has added pressure to world markets. New reports are due Friday on consumer spending and income, manufacturing, and consumer confidence.

Scott Freeze, president of StreetOne Financial in Huntington Valley, Pennsylvania said, “Today’s rise is mostly related to the end of the quarter, and we’re expecting a pullback next quarter, with technology an especially vulnerable area”.

S&P 500 futures rose 7.3 points and were above fair value, a formula that evaluates pricing by taking into account interest rates, dividends and time to expiration on the contract. Dow Jones industrial average futures added 56 points, and Nasdaq 100 futures rose 12.75 points. Economists expect income to rise by 0.4 percent and spending to increase by 0.6 percent.

Indicators of the Decline

The decline this week in equities has come partly on discouraging economic data. Indicators on consumer sentiment and manufacturing activity will be scrutinized later in the day for insight into the pace of growth.

Research in Motion Ltd late Thursday reported its first quarterly loss since 2005 and said it would no longer issue financial forecasts, prompting analysts to cut their price targets on the stock. U.S.-listed shares fell 0.5 percent to $13.66 in premarket trading, rebounding from earlier lows.

Verizon Communications Inc plans an integrated video service for its wireless customers as soon as this holiday season, its chief executive told the Wall Street Journal.

The Dow has managed a slight gain while the S&P 500 and the Nasdaq shook off most of their earlier losses to end slightly lower as investors bought blue chips that have been rallying throughout the quarter.

Citizens Financial Group, Inc. and Investors Bancorp announced today that they have entered into a definitive agreement and plan of merger in a cash-and-stock deal worth $3.5 billi
36 mins ago

Apple Q3 earnings prove the Cupertino giant remains unaffected by the Covid-19 pandemic as sales rise across all product lines.
2 hours ago