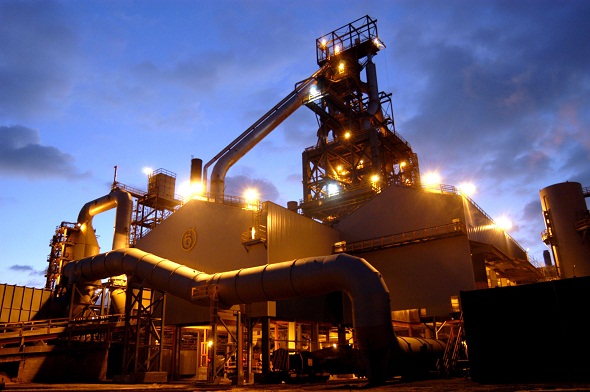 U.S. Steel will continue to manufacture and finish tubular products at its facilities in Alabama, Arkansas and Texas

U.S. Steel Corp. said this week it would idle two tubular plants and lay off 756 employees, becoming one of the first U.S. industrial casualties of the recent slump in global oil prices.

The plant manufactures steel pipe and tube for oil and gas exploration and drilling. With global oil prices collapsing to five-year lows, energy companies have little incentive to drill for new supply, lowering demand for the plants’ products.

On Monday, the company apprised 614 employees about potential expulsions in March at its factory in Lorain, Ohio, which produces nearly 780,000 tons of seamless tubular steel products annually. It issued similar notices to 142 workers at its tube plant in Houston, which processes 120,000 tons per year.

Amid the nation’s oil and gas boom, U.S. Steel has profited from the high-margin line of business in recent years. It has helped Chief Executive Officer Mario Longhi’s efforts to rebuild the 144-year-old manufacturing company, which had reported five annual losses and was removed from the Standard & Poor’s 500 Index in 2014, into a more efficient producer.

However, with the U.S. benchmark price for crude plunging more than 50 percent since June, oil and gas companies have cut down budgets and explorers are expected to reduce spending on capital projects by an average of 20 percent this year.

“The tubular segment has been the company’s most reliable profit driver,” Sam Dubinsky, a New York-based analyst for Wells Fargo, wrote in a note yesterday. He called the idling and layoffs a “negative” for U.S. Steel and said that the tubular segment “could go from an earnings tailwind to a headwind in 2015.”

According to a company filing, in 2013, U.S. Steel’s tubular division had 10 mills with a production capacity of 2.8 million tons annually. In the third quarter of 2014, the segment posted a $69 million profit, up from $49 million a year earlier even though the company posted an overall net loss.

U.S. Steel will continue to manufacture and finish tubular products at its facilities in Alabama, Arkansas and Texas, the company said in an email. Even before the recent plunge in the price of oil, U.S. Steel said its tubular business was under pressure due to cheap imports from Asia. Hence the company decided in August to close two unprofitable tube mills in McKeesport, Pa., and Bellville, Texas. The company has taken part in a steel-dumping complaint with the U.S. Department of Commerce to restrict some of those imports.

Anna Domanska
Anna Domanska is an Industry Leaders Magazine author possessing wide-range of knowledge for Business News. She is an avid reader and writer of Business and CEO Magazines and a rigorous follower of Business Leaders.
« Toyota to Offer Fuel-Cell Patents to Other Car Makers for Free
Standard Chartered exits global equities business, to axe 4,000 retail bank jobs »
Leave a Comment
Close