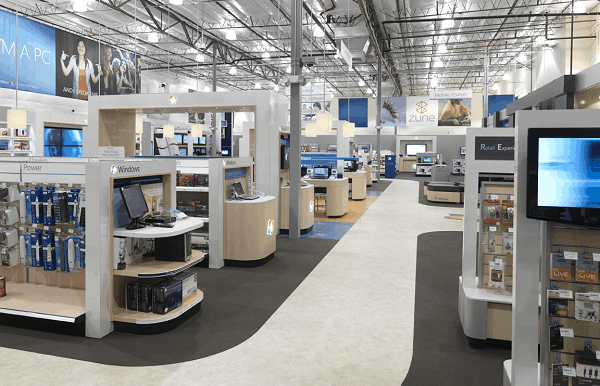 Americans boosted their spending in September, buying everything starting with Apple Inc.’s iPhones and ending with new cars. Even though few sectors are weakening, certainly the consumer economy is gaining strength. Data shows that U.S. retail sales grew approximately 1.1 percent, giving hope that the upcoming holiday shopping season will be successful for the U.S. retailers.

According to combined data, U.S. overall retail sales, including car sales and gasoline, grew approximately 1.1 percent in September from the previous month. Data published by the Commerce Department raises optimism the upcoming holiday shopping season will be good for American retailers. Increases in retail sales were broad-based, with 12 of 13 categories showing a growth, except department stores. The gain is said to have been caused by growing optimism in Americans due to higher stock prices as well as home values.

Andrew Grantham, an economist at CIBC World Markets, believes that the American consumer is the one that comes to the rescue of a slowing U.S. economy.

Compiled data shows that car sales, which can influence the retail report, grew by roughly 1.3 percent. Yet even if car sales are, however, excluded, U.S. retail sales in September jumped about 1.1 percent.

Stores selling electronics and appliances have seen the biggest growth as sales jumped nearly 4.5 percent, which is the biggest increase since October 2011. Some analysts hold an opinion that the strong sales in that segment were mainly due to the launch of New Apple Inc.’s iPhone 5.  On the other hand, some believe that the iPhone 5 impact should not be exaggerated as growth took place also at auto dealers, gas stations and grocery stores as well. It is worth reminding that Apple Inc. released its New iPhone 5 in September and it sold over 5 million units in the first three days.

Moreover, data shows that sale grew as much as 1.8 percent among nonstore retailers such as Amazon.com Inc.

Retail analysts are optimistic that the recent data is a sign that the holiday shopping season will be profitable for the U.S. retailers as Americans are going to visit malls in the upcoming months. Mathew Shay, president of the National Retail Federation, noted: “In spite of the uncertainty and unease surrounding our nation’s high unemployment and long-term fiscal challenges, consumers continue to spend and shop. The American consumer is holding their own in this economic environment.”

Still most businesses are preparing for the holiday shopping season with the note of optimism and hope. Some of the U.S. retailers, including Toys R Us, Wal-Mart Stores, Inc., etc., decided even to hire more or the same amount of seasonal workers than last year.