The American Wind Energy Association published its US Wind Industry report this week, highlighting the continued demand for “affordable, reliable” clean energy across the United States. Here is the good news: the U.S. added around 2,000 wind turbines last year.

The AWEA also tracked 3,560 MW worth of signed Power Purchase Agreements (PPAs) by utility and non-utility customers. The report highlights that it’s the strongest quarter for PPAs since the AWEA began tracking them in 2013. In addition, it tracked new project announcements worth 5,523MW for the first quarter, increasing the amount of wind power capacity in various stages development and construction to a total of 33,449 MW. This is a 40 percent year-on-year increase and the highest since the AWEA has been tracking them in 2016. 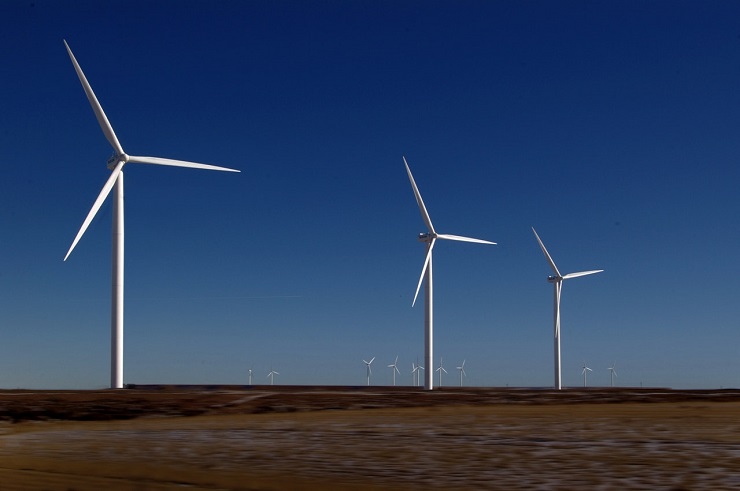 About 222,000 turbines, 12 terawatt hours of wind energy is enough to power every home in Philadelphia for an entire year.

According to a report released by Untapped Energy, it was found that by adding 450 new wind turbines, we could power 222,000 homes annually.

The AWEA wind energy report has also highlights several feats. For instance, in states of Kansas, Iowa, South Dakota and Oklahoma, wind energy now accounts for 30 percent of electricity generated. In New Mexico, wind turbines rapidly being installed, with more than 570 megawatts capacity added in 2017 alone. No other state in the U.S. has been able to match up to this level of wind turbines installation.

In several parts of the country, wind is now the lowest-cost energy option available. Low cost carbon fiber materials, which offer reduced weight along with enhanced performance, will increase the demand for turbines to be installed across the United States. Moreover, its prices have sunken to two-thirds since 2009. Energy companies in several states are now looking towards wind turbines for its cost-effectiveness and enormous potential for growth.