U.S. requires all new vehicles to have backup cameras by 2018

After years of delay U.S. safety regulators finally announced the long-awaited rule requiring all new vehicles weighing under 10,000 pounds to have backup cameras by May 2018. 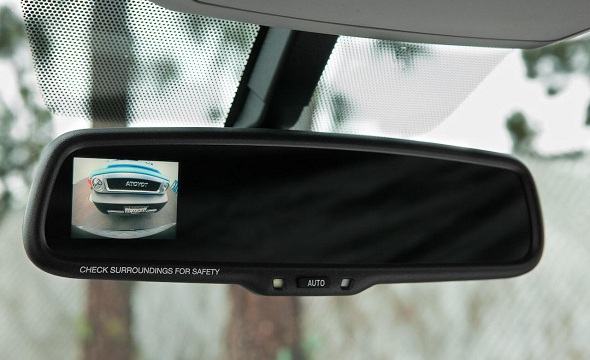 The standard was originally signed into law by President George W. Bush in 2008, which was supposed to be completed by the end of 2011.

The new rule which was announced by the U.S. Department of Transportation’s National Highway Traffic Safety Administration on Monday enhances the safety of these vehicles by remarkably lowering the risk of fatalities and serious injuries caused by backup accidents.

The standard was originally signed into law by President George W. Bush in 2008, which was supposed to be completed by the end of 2011. The regulatory review was delayed in February 2012 until the end of that year and then further delayed indefinitely.

On an average backup accidents cause nearly 210 deaths and 15,000 injuries every year. According to the National Highway Traffic Safety Administration (NHTSA), 31 percent of those fatalities are children under the age of 5 years, while adults age 70 and older make up 26 percent. NHTSA says the new regulation is believed to save between 58 and 69 lives every year, once all relevant vehicles on the road are fitted with rear view cameras.

“Rear visibility requirements will save lives, and will save many families from the heartache suffered after these tragic incidents occur,” NHTSA’s acting administrator, David Friedman, said in a statement.

Additionally, there are also requirements as to what sort of view the camera will give. The field of view must cover an area of 10 feet by 20 feet. Safety advocates recommended the use of 180 degree cameras but automakers felt 130 degree cameras along with side mirrors would be sufficient. The system must also meet other requirements including image size, linger time, response time, durability, and deactivation. According to NHTSA estimates, if fatalities and property damage could be avoided the monetary benefit of the ruling could be anywhere between $265 and $396 million.

Rear cameras are often offered as an option on cars. According to the Alliance of Automobile Manufacturers, a trade group, two-thirds of the top 50 best-selling cars on the market have rear view video systems. There’s no word yet on exactly how much will be added to the cost of a new vehicle or whether automakers will absorb the additional cost. However, with additional safety features and compulsory airbags, car buyers will soon come to see such equipment as a baseline feature, rather than an added bonus.

Anna Domanska
Anna Domanska is an Industry Leaders Magazine author possessing wide-range of knowledge for Business News. She is an avid reader and writer of Business and CEO Magazines and a rigorous follower of Business Leaders.
« Apple to create transparent iPhone, will allow users to message while they walk
Meet Newton, a quarter sized chip set to Power your next Wearable Mini-computer »
Leave a Comment
Close