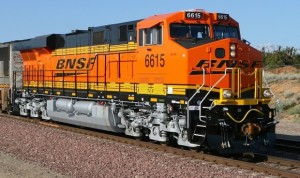 BNSF Railway_U.S Rail Freight Plans $12B Investment on network in 2011

The Association of American Railroads (AAR) has announced that U.S. railroads are planning to spend a record $12 billion on capital improvements this year, outdoing their 2010 record of $10.7 billion.

While the Great Expectations 2011, Railroads and Continued U.S. Economic Recovery report by the AAR has projected these figures on the basis of public announcements already made by the Class I U.S. railroads, the $12 billion figure goes beyond the sums those carriers have stated so far.

While the BNSF Railway in the west has announced a capital budget of $3.5 billion this year, the Union Pacific Railroad has announced an estimated investment of $3.2 billion in plant and equipment spending.

Another $3.74 billion investment plans have been made public by the two large Eastern carriers – CSX Transportation and Norfolk Southern Railway – put together, while Kansas City Southern in the nation’s heartland, the smallest of the Class Is, has not given a specific number.

Add to this, the two large Canadian carriers – Canadian National and Canadian Pacific railways – which have said that they expect to spend about $2.8 billion combined on 2011 capital needs, of which industry sources project that at least $750 million will go into their U.S. units.

The AAR projection of $12billion does not take into account estimated investments by major rail lines in Canada and Mexico, which are increasingly integrated into a nearly seamless continental rail network with the U.S. lines; including these two major Canadian carriers, the seven largest North American freight lines could spend nearly $15 billion on capital programs in 2011.

The AAR’s president and CEO, Edward R. Hamberger, has also said that the major U.S. lines plan to hire 10,000 or more workers this year, and will have to hire nearly 70,000 more over the next five years just to keep pace with retirements. 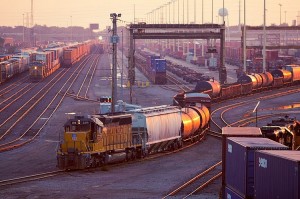 While President Obama and other leaders have been urging private companies to increase capital spending and rev up hiring, the nation’s freight railroads have been spending record sums of private capital on the rail network and bringing people back to work. Railroad hiring at the end of 2010 was up 5.2 percent over the year before, according to the report.

Further, Mr. Hamberger commented on the job creation prospects offered by the continued improvement of U.S rail freight services despite recessionary pressures saying that, “Even during the worst recession in a generation, freight railroads have been plowing record amounts of private capital back into the rail network each and every year, achieving one of the highest capital investment rates of any U.S. industry… a regulatory framework that provides certainty will foster continued economic recovery and job creation.”

The AAR projections for 2011 could change with business patterns. Last year railroads added to their initial capital budgets when traffic turned out stronger in the spring than anticipated, with some ordering intermodal equipment for late-year delivery. For this year, many have already ordered new containers or well cars built, but industry sources say they could top off with more orders if the economy strengthens more.