U.S. on its way to energy independence, says DOE 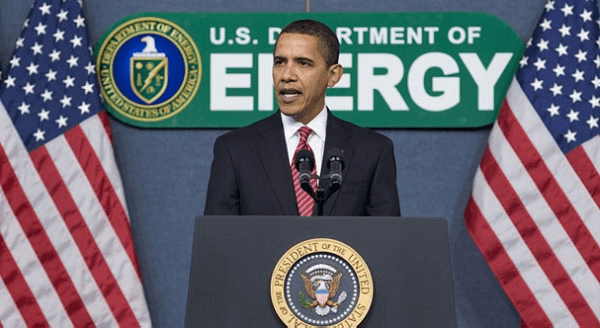 The DOE’s Energy Information Administration published a forecast about the future of U.S. energy production and use in an early preview of its Annual Energy Outlook 2014.

The EIA report predicts that the energy trade balance is tipping more in the U.S.’ favor and imported fuels will drop dramatically. This will primarily be a result of increase in U.S. energy production and technical improvements in energy efficiency.

The report also predicts that domestic production of crude oil to reach close to historic highs in 2016. The EIA expects the U.S. to produce 9.5 million barrels per day of crude oil in 2016, almost close to the historical high of 9.6 million barrels per day that the country reached in 1970. Domestic crude oil production is expected to grow further between 2016 and 2020, however after 2020, it will start declining, the EIA report says.

The inundation of natural gas production will not only lead to growth in exports of liquefied natural gas, but it will also drive more industrial production. Keeping in view that the industrial sector that includes manufacturing, agriculture, construction and mining consumed one-third of U.S. energy in 2012. This sector will profit colossally by having more domestic energy sources. The bulk chemicals segment that uses most energy is already benefiting from this domestic energy and is increasing production.

Interestingly, at the same time that more energy is being generated in the U.S. and used by the industrial sector, the EIA report says that carbon dioxide emissions should not increase beyond what they were in 2005. By 2040, technological improvements should allow for emissions to be 7 percent below the 2005 level. The reduction can be partially attributed to the sliding demand for coal as other sources of power become more popular.