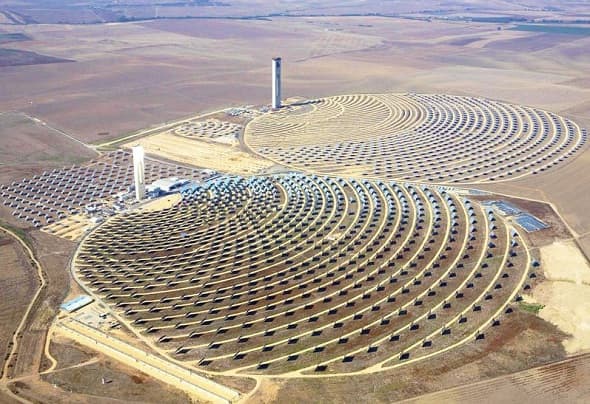 Most of the countries including Saudi Arabia have been making massive investments in petroleum refineries, seeking to reduce imports of diesel and gasoline.

Just as U.S. Department of Commerce is reconsidering to lift the 1970 ban off U.S. crude oil exports, so that it does not significantly damage the efficiency of oil economy, there’s a whiff of bad news coming from the Middle East. The Kingdom of Saudi Arabia is set to remove the electrical grid off its heavy reliance on diesel generators, especially foreign imports of diesel. It seems that the global shift to renewable energy has gained momentum. Most of the countries including Saudi Arabia have been making massive investments in petroleum refineries, seeking to reduce imports of diesel and gasoline.

About a quarter of the Saudi energy grid is at present controlled by diesel, which is utilized widely as a fuel for transportation and electricity generation in spite of the high cost of importing it, stated Sabri Asfour, general manager of FAS Energy, a subsidiary of Saudi Arabia’s Fawaz Alhokair Group with 2,400 MW of GCC-based sun powered ventures in the pipeline.

At any rate $1 billion is spent consistently on diesel imports to the Kingdom, notwithstanding the expense and emissions from transporting the fuel to remote zones, he noted. “In Saudi Arabia, there are weaknesses in electricity grid connection; the demand is huge and the load as well,” said Asfour.

Accordingly, the thought of utilizing PV-created power to balance diesel utilization or to supplant it by and large as energy storage expenses decrease is getting to be progressively engaging for utilities and industrial companies, particularly those excited about killing the instability of future energy costs, he included.

“There are many business areas without electricity and they are waiting for their turn to be connected to the grid, but unfortunately, the queue is long. At FAS Energy, we build small, medium and large-scale hybrid power plants. It is well known that Saudi Arabia’s solar irradiation is the best in the region so we have to use it,” highlighted Asfour. He will be talking at the second edition of the Desert Solar Saudi Arabia conference on September 17 and 18 in Riyadh at the Sheraton Riyadh Hotel & Towers.

By the success of the first Desert Solar Conference, the occasion will bring together stakeholders in the Saudi Arabian solar energy business sector, facilitating more than 150 decision makers from across the industry.

Amid the gathering, Asfour, along with Thierry Lepercq, executive of SolaireDirect and Raed Bkayrat, VP of Business Development at First Solar KSA, will be reviewing solar-powered desalination solutions for the Saudi Arabia and the business case for utility-scale solar power plants.

Mohammed Almudaiheem, operation manager at Taqnia, and Salem Alsalem, renewable energy director at Al Gihaz Holding will discuss the prerequisites required to drive the off-grid market in Saudi Arabia and the aggressive off-grid and hybrid solae oriented solutions for the nation’s desert territories.

Daily power needs of such detached territories are generally met through diesel generators that are transported occasionally to these bases. The process is expensive as well as fickle, and most times the generators struggle to function regularly amid hottest times of the day and frequently break down.

The Nofa Equestrian Resort, situated 85 km west of Riyadh, is now profiting from the hybrid idea through its recently dispatched 1 MW CPV plant, which is balancing the resort’s 14 MW diesel generator. Extensively, Saudi Aramco and Saudi Electricity Company are talking about arrangements to supplant to the extent that 300 MW of diesel generation in off-grid areas with solar based PV.

Organizations like FAS Energy are currently planning to supply the neighborhood market with hybrid methods, as Asfour noted.

“We will start providing electricity to our own affiliates from our hybrid system, the solar GenSet and this will be very soon. We can build this kind of solution in shopping malls, farms, hotels, schools and universities, on rooftops, ground-mounted or in car parks,” he said.

Solar power, on the other hand, won’t make the move on its own, as Michael Sterner, professor of energy storage at the Technical University of Regensburg calls attention to: “We need flexibility – flexible power generation, power networks, demand side management, and of course storage.”

At Desert Solar, Sterner will impart his bits of knowledge on the most recent advancements and expense decrease slants in PV energy storage and will exhibit a detailed analysis from the German electricity market.