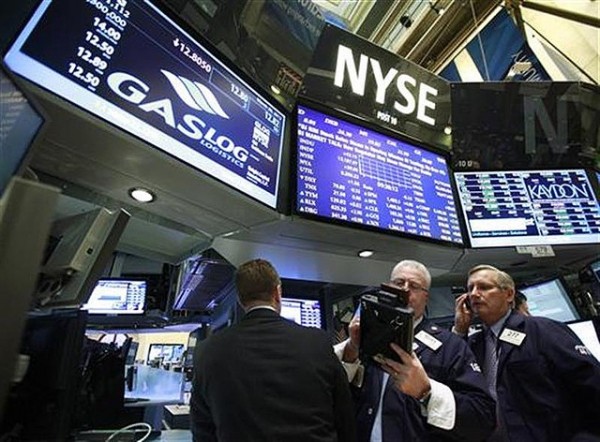 An optimistic report on U.S. manufacturing surpassed anxiety about fragile global growth and lifted stocks to multiyear highs. The gain built on the best first quarter for stocks in more than a decade.

Supply Management Institute said its catalog of manufacturing activity rose strongly in March. A measure of manufacturing employment rose to a nine-month high. U.S. stocks and European stocks were slightly tilted on a negative side but managed to rise after the ISM report. The S&P 500 closed at 0.8 percent up, which is 10.57 points, bringing it to 1,419.04.

The Dow rose 8 percent and the S&P 12 percent, from January through March, the best first quarter for those indexes since 1998. The Nasdaq rose 19 percent, its best first quarter since 1991. Groupon sunk 17 percent on the first trading day after the company said its internal controls are weak and its fourth-quarter loss was bigger than initially reported. In addition, the company said its independent auditor included a statement of a material weakness in its internal controls in its annual 10-K filing with the Securities & Exchange Commission.

Barry James, president of James Investment Research said, “After a massive run, what’s better than putting a cherry on top? When you’ve got the market running higher, it likes to keep going higher until something really takes place. From an economic standpoint, there are enough positive markers for people to say that’s OK right now”.

Up’s and Downs in the market

Avon Products, beauty-products seller, led the index higher and climbed up 17 percent or $3.34, bring it to $22.70. It had received a $10 billion buyout offer from Coty, a closely held fragrance company. But, Avon rejected the bid due to the opportunistic and substantially undervalues the company.

Keryx Biopharmaceuticals sunk 65 percent or 3.24, falling to 1.74 after the company’s Phase III trial to evaluate its treatment for colorectal cancer didn’t meet the primary endpoint. Keryx is the licensee partner of Canada’s Aeterna Zentaris, whose shares also fell.