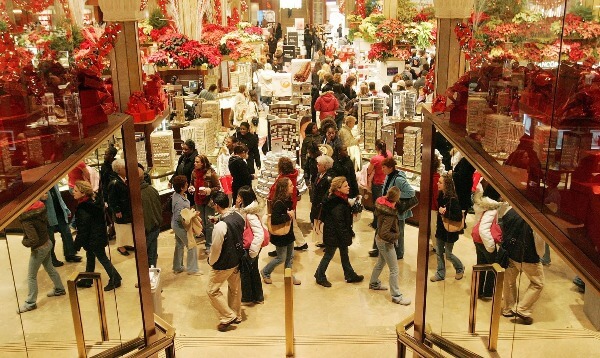 The 2013 U.S. holiday sales are termed as the most competitive since the recession in 2008. Winter holiday sales have increased from a year earlier as retailers used higher discounts and increased promotions which encouraged consumers to shop more.

According to MasterCard Advisors SpendingPulse, U.S. Christmas retail sales grew 3.5 percent during the holiday season this year, helped by huge discounts at malls and purchases of children’s apparel and jewellery. Sales of holiday connected categories, such as apparels, electronics and luxury goods, increased by 2.3 percent from Nov. 1 through Dec. 24 compared to 0.7 percent last year. SpendingPulse tracks total U.S. holiday sales at stores and online through all payment forms. This was the highest sales growth in three years.

“It was actually a Merry Christmas for retailers,” Sarah Quinlan, senior vice president at MasterCard Advisors, told Reuters, adding that jewellery was the best-performing category.

Dwindling store traffic since past weeks and inconsistent demand, especially for apparel, impelled chains to risk profits by offering massive discounts to generate sales. Retailers like Gap Inc. were offering huge discounts, as much as 75 percent and some, including Macy’s Inc. and Kohl’s Corp., were kept stores open round the clock since Dec. 20.

Though the 2013 holiday season had six less shopping days between Thanksgiving and Christmas, along with bad weather that hindered sales in certain parts of the country, winter holiday sales were a clear improvement compared to last year’s numbers, Quinlan said. Last year’s sales were affected by Superstorm Sandy, a mild weather that interrupted U.S. Christmas retail sales of winter clothing and growing concern about the fiscal cliff. To convince people to buy, stores offered discounts, promoting additional deals in the last days before the Christmas holiday.

The New York-based trade group forecasted that retailers will report comparable-store sales growth of 3 to 4 percent for December when they issue their latest monthly reports.

According to E-commerce giant Amazon.com, it has had its best holiday season ever. On Cyber Monday alone, 36.8 million items were purchased online from around the world amounting to 426 items per second, the company said.

“It appears 50 percent off has been the price of entry this year,” Simeon Siegel, a New York-based analyst at Nomura, wrote in a note to clients Dec. 24. “Although there will be some holiday sales winners, very few will escape the discount-driven pressures on margin.”