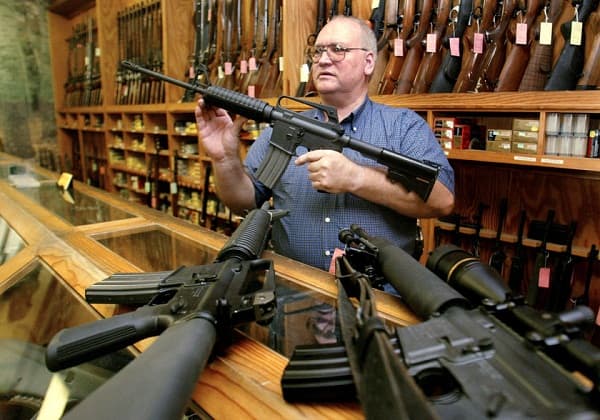 U.S. firearms makers see their stocks dive in the aftermath of Newtown shooting.

U.S. firearms makers see their stock slump as a result of Newtown shooting. Investors are in rush to sell of their shares in firearms makers as speculation is circling around possible new gun restrictions. Certainly, investors are cautiously listening to all what is said by politicians as firearms makers might see their output market to be limited in the near future.

Friday’s shooting in Newtown had a huge impact on shares of firearms makers. According to data, publicly traded companies in the U.S. saw their shares decline on the 17th of December. Among those U.S. firearms makers, which saw their stock sharply slump, were Smith & Wesson Holding Corp., Sturm Ruger & Co. and Cabela’s Inc.

Data showed that Smith & Wesson Holding Corp., which is said to be the largest firearms maker in the U.S., guided the sharp slump as its shares decreased as much as 5.2 percent to about $8.65 on the 17th of December. Earlier in December, the company informed that its revenue jumped almost 50 percent in three months that ended on the 31st of October. Smith & Wesson Holding Corp. also underlined that it saw strong sales of its products on Black Friday.

Sturm Ruger & Co. is another U.S. firearms maker which witnessed a slump in its shares. On the 17th of December, its stock decreased as much as 3.5 percent after falling about 4 percent on the 14th of December, the day of massacre. In addition, also shares of Cabela’s Inc., which is an outdoor-gear seller, slid approximately 6.2 percent to over $41.2 a piece. On the other hand, shares of Olin Corp., a major manufacturer of ammunition, grew roughly 0.5 percent to about $21.5 each.

Since the 14th of December, many U.S. firearms makers saw sharp declines in their stocks as investors believe that the Newtown tragedy might put an end to a strong and long era of weapon sales as politicians have started talking about the implementation of stricter gun control laws.

The Newton tragedy triggered the reopening of the debate over the need of stricter gun control laws. Not only more and more politicians agree that laws should be changed, but there is a grassroots social movement which demands the implementation of restrictions in the sector. Among politicians, who are engaged in the battle, are Senator Dianne Feinstein and New York Mayor Michael Bloomberg. Therefore, analysts underline that investors are convinced that stricter gun control laws will concentrate on assault rifles.

Even though the U.S. has been a witness of many similar tragedies, which triggered an outbreak of discussion over gun control laws, this time analysts believe that Newtown shooting might really lead to changes in regulations as victims were very young children.

Also Barack Obama, the president of the U.S., expressed his commitment to putting the lid on similar tragedies. The struggle will be certainly hard and controversial if Barack Obama wants to introduce significant changes in gun control laws. The gun lobby will not give up quickly though.

Anna Domanska
Anna Domanska is an Industry Leaders Magazine author possessing wide-range of knowledge for Business News. She is an avid reader and writer of Business and CEO Magazines and a rigorous follower of Business Leaders.
« U.S. to see moderate growth in 2013
Yahoo decides to shut down its Chinese music service »
Leave a Comment
Close