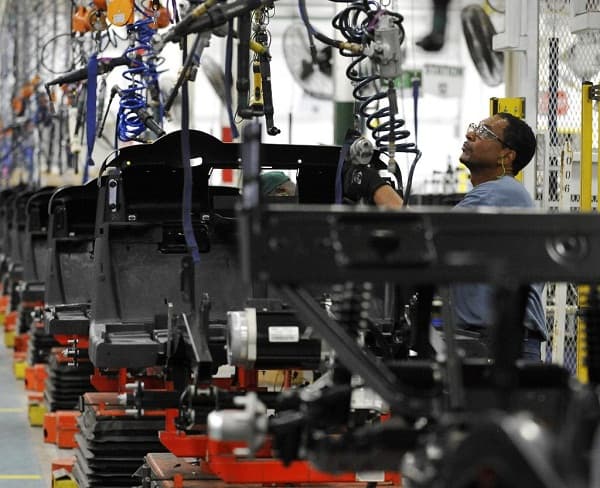 The U.S. economy grew approximately 3.1 percent in the third quarter, according to the analysis issued by the Commerce Department. The rate of  U.S. economic growth in the period exceeded analysts’ estimates. Despite the surprising result, analysts believe that the final quarter of the year will report weaker figures due to the looming fiscal cliff.

On the 20th of December, the Commerce Department issued its revised data on U.S. economic growth in the third quarter of 2012, showing a slight improvement. The U.S.  saw its gross domestic product climb at annual rate of approximately 3.1 percent in the three months period. The result was higher than the analysts’ estimates for the quarter ranging from 2 percent to 2.7 percent. It is worth underlining that the rate of U.S. economic growth in the third quarter also exceeded the forecast of the 1 percent growth estimated by the Commerce Department.

The revision of U.S. economic growth in the third quarter is considered promising as data showed that export picked up and American consumers spent more than initially expected. However analysts note that local and state authorities contributed to the growth of U.S. economy for the first time in more or less three years. Yet they underline that the growth was also driven by federal defense spending and other operations which are not expected to be sustained.

According to data, consumer spending, which comprises approximately two-thirds of gross domestic product, grew by only 1.6 percent in the period. On one hand the U.S. saw the improvement in the housing which certainly helped to boost the growth. On the other hand, businesses have introduced cuts in investment.

Even though U.S. gross domestic product increased about 2.6 percent in the last year, analysts are convinced that it will not last much longer.

Despite the fact that U.S. economic growth in the third quarter more than doubled the second-quarter result of roughly 1.3 percent, analysts are convinced that growth in the fourth quarter will be held down due to the budget talks in Washington. The negotiations on the fiscal cliff will probably affect the business and consumers confidence. In addition, many analysts notice that federal military spending will be reduced in the fourth quarter. Therefore the annual growth rate in the final quarter of the year is expected to be ranging from 1 percent to 2 percent.

Not surprisingly, analysts including Nigel Gault, chief economist at HIS Global Insight, are strongly convinced that the final result of the budget negotiations in Washington will have a crucial significance and impact on U.S. economic growth in the last quarter of the year and the economic outlook for the upcoming 2013 as the talks are focused on how to resolve the fiscal cliff.

Anna Domanska
Anna Domanska is an Industry Leaders Magazine author possessing wide-range of knowledge for Business News. She is an avid reader and writer of Business and CEO Magazines and a rigorous follower of Business Leaders.
« GM & Peugeot to deepen the cooperation
UK surprised as Nov. borrowing up and 3Q GDP revised down »
Leave a Comment
Close

The world’s biggest car companies are on track to lose production of 7.7 million vehicles in 2021. The forecast advices automakers on supply chain and other issues.
23 hours ago

Apple iPhone 13 Pro and iPhone 13 Pro Max can be a hit with its ever new technology A15 Bionic chip and other cool profound features.
7 days ago