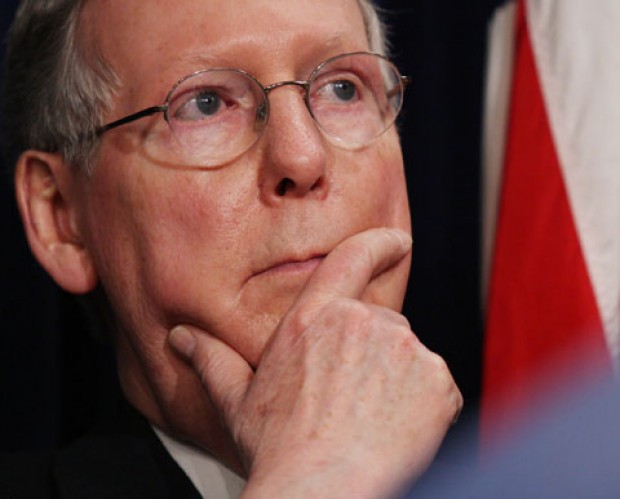 With the precious yellow metal touching a record $1600 an ounce earlier today, while some investors with large gold holdings are rejoicing, it could also be an indication of a market-wide sentiment regarding the faltering world economy.

Rallying gold prices have often been associated with overwhelming problems in the financial markets.

Given the continuing impasse on the U.S debt ceiling debate, especially in light of Bernanke’s prediction regarding the very grave consequences a U.S debt default would have on the world economy, along with the worsening Eurozone woes, gold prices rallying for an 11th straight session, the longest streak of gains since July 1980, are indicative of the lack of faith among investors where financial markets are concerned.

For the second weekend in a row, talks continued between U.S President Barack Obama and congressional leaders towards arriving at an agreement over figures concerning a deal that would involve deficit reduction and an increase in the federal debt ceiling.

Despite continued discussions, apparently no significant progress has been made, weakening chances of U.S lawmakers agreeing over the kind of comprehensive deficit deal being sought by Obama.

The debate revolves around the government’s need to increase its current $14.3 trillion borrowing limit. According to the Obama administration, if the debt ceiling is not raised by 2nd August, it would essentially mean the U.S government defaulting on its obligations.

If Obama’s proposed plan is not accepted by the Republicans, another plan, being put together by  Senate Minority Leader Mitch McConnell, R-Kentucky alongwith Senate Majority Leader Harry Reid, D-Nevada, might be put up for consideration according to sources familiar with the matter.

This plan would focus on spending cuts, caps on future spending and a balanced budget amendment to the Constitution.

However, this plan is not the preferred option for either party, as made clear by leaders on both sides.

Budget director Jacob Lew, describing the situation as of the kind the United States has never faced before, told the ABC program “This Week” on Sunday that “Our efforts over the next days will be to, in addition to (extending debt), do as much as we possibly can to make the tough decisions” needed for a more comprehensive deal.

President Obama has repeatedly been pushing for a plan that involves higher taxes on the rich alongwith reforms to politically popular entitlement programs such as Medicare and Social Security.

The Republicans are strongly against the scale of tax cuts Obama is pushing for, especially given the current 9.2% unemployment rate in the U.S.

Results of the European Union’s stress test of 90 lenders showed that eight banks, including two from Greece, had a combined capital shortfall of 2.5 billion euros ($3.5 billion).

16 other lenders just scraped through, representative of the need for them to bolster capital.

At the Euro summit scheduled this Thursday, leaders from the Eurozone will meet with the agenda of agreeing on a second bailout for Greece as well as discussing a package to address the broader economic woes the region has been increasingly subject to, with debt problems extending beyond Greece, Portugal and Ireland to Italy and Spain.

The June meeting of European Governments Finance Ministers that was supposed to bring about a decision on Greece’s bail-out package ended in non-committal of any deal, while Moody’s cut Portugal’s rating to junk earlier this month.