A4A by the airline industry is to support 3 billion gallons of sustainable aviation fuel.

Airlines for America (A4A), an airline industry umbrella group representing almost all major airlines, announced its support for a target of 3 billion gallons of sustainable aviation fuel by 2030.

The Airlines for America trade group represents United Airlines, Delta Air Lines, American Airlines and others. It had set a 2030 goal of producing and deploying 2 billion gallons of sustainable aviation fuel (SAF). SAF, made from feed-stocks such as used cooking oil and animal fat, at present accounts for only a miniscule amount of overall jet fuel use. 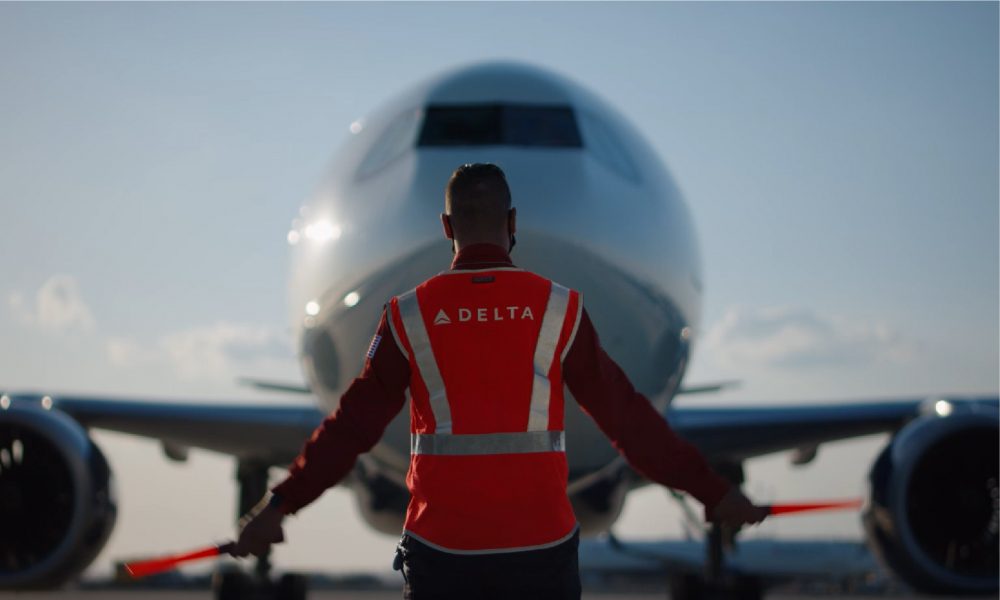 The U.S. airline industry had earlier announced its goal of eliminating net carbon emissions by 2050.

SAF emits 80 percent less carbon than conventional jet fuel, but it costs three to times as much and is currently only available in limited quantities. A Sustainable Skies Act has been introduced to establish a blender’s tax credit for sustainable aviation fuel (SAF), which will spur the production of SAF. A performance-based $1.50 – $2 per gallon blender’s tax credit for SAF is suggested, which will encourage producers to make more of it and enable U.S. airlines to use more of it. The credit will increase from $1.50 per gallon by one cent for each additional percentage of lifecycle greenhouse gas emissions savings demonstrated above 50 percent, further incentivizing the development and deployment of SAF providing higher emissions reductions.

The U.S. airline industry had earlier announced its goal of eliminating net carbon emissions by 2050.

The target for sustainable aviation fuel will be detailed at a sustainable event planned at the White House. The airline group will pledge to work with the U.S. government and others to help rapidly expand production and deployment of “commercially viable” SAF, sources said.
White House aide Ali Zaidi said in a statement “we need to move quickly to support the technology innovation and infrastructure needed to shift to more sustainable fuels now – and make real progress by the end of this decade.”

The White House meeting will discuss the administration’s “whole-of-government strategy to achieve a net zero carbon aviation sector by 2050” and will include airlines, fuel providers, airports, unions, and aircraft manufacturers.

The industry participants “will share commitments to reduce emissions in the aviation sector through improvements in aircraft technology, fuels, and operational improvements,” the White House invitation enumerated.

A White House official told Reuters the administration had pushed airlines “on sustainability and the potential of reducing their emissions by 2030.” Push for sustainable aviation fuel will also help new businesses for the nation’s refining industry and the thousands of union jobs that rely on their success.

Chevron Corp recently said it plans to produce a test batch of SAF and sell it to Delta at the Los Angeles International Airport. Delta has pledged to replace 10% of its jet fuel with SAF by 2030.

Before the Covid-19 crisis hit the travel and cargo industry. The U.S. airlines transporting a record 2.5 million passengers and 58,000 tons of cargo per day. Considering the heavy footfall and airtime, the airline industry contributed less than 2 percent of the nation’s carbon emissions. The US passenger and cargo carriers have been investing in increasing fuel-efficient aircraft and operations for cutting down fuel emissions and improving overall fuel efficiency by more than 135 percent since 1978 and 40 percent just since 2000.

Christy Gren
Christy Gren is an Industry Specialist Reporter at Industry Leaders Magazine she enjoys writing about Unicorns, Silicon Valley, Startups, Business Leaders and Innovators. Her articles provide an insight about the Power Players in the field of Technology, Auto, Manufacturing, and F&B.
« Carlyle-backed Packable to go public via merger with Highland Transcend
Tesla to expand energy trading team to meet growing demand for sustainable solutions »
Leave a Comment
Close

The art pieces for Lamborghini’s NFT have been created by renowned artist Fabian Oefner, who is well-known for harnessing scientific properties and using them to highlight the in
15 hours ago

As part of its campaign to work for racial equity and justice, Apple is also spotlighting Black businesses and curating content by Black voices to showcase innovation and raise awa
16 hours ago

Inflation is chasing the investors and policy makers at a speedy rate. CPI increased by 7% in December, 2021, the highest since June, 1982.
2 days ago

Enriching consumer experience in LA, Amazon’s Style store is transforming the ways of buying outfits through suggested algorithms.
2 days ago

The annual inflation rate in the US hit 6.2%, recording a highest in decades. Due to an unstable inflation, consumer prices increased by 0.9 percent in October and June, 2021.
3 days ago

The McPlant Burger is coming to nearly 600 McDonald’s outlets in the Bay Area and Dallas-Forth Worth starting February 14.
4 days ago