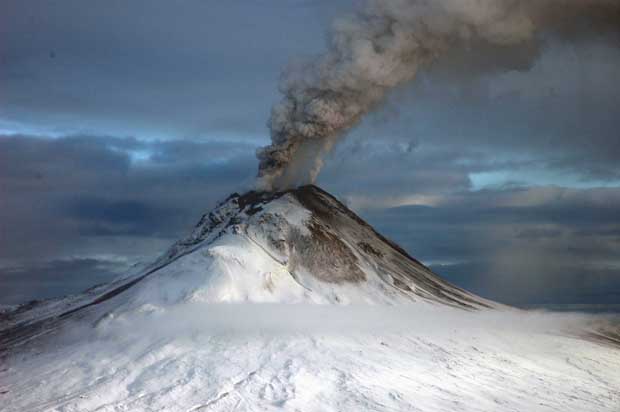 A group of scientists from Universities across the U.K have undertaken a project that involves designing a fake volcano, as an experiment towards developing ways to combat climate change. With the aim of reducing atmospheric temperatures caused by climate change, and to complement conventional measures to reduce carbon emissions, the SPICE project (Stratospheric Particle Injection for Climate Engineering) will be a unique test of engineering technology that could become a precedent for future large-scale geo-engineering projects.

Collaborating partners include researchers from the Universities of Bristol, Cambridge, Edinburgh and Oxford, along with Marshall Aerospace.

Explaining the scope of the SPICE project, Dr Matt Watson, from the University of Bristol, who is leading the project, said “SPICE is the first UK project aimed at providing some much-needed, evidence-based, knowledge about geoengineering technologies. The project itself is not carrying out geoengineering, just investigating the feasibility of doing so.”

“We hope that by carrying out this research we will start to shed light on some of the uncertainties surrounding this controversial subject, and encourage mature and wide-ranging debate that will help inform any future research and decision-making,” he adds.

Aiming For A Cooler Globe

The particular geo-engineering technique that the SPICE project will aim at exploring and checking feasibility for, concerns the concept of simulating natural processes that release small particles into the stratosphere, which then reflect some of the incoming solar radiation, and result in a cooling effect for Earth.

To compare scales, a project like this could possibly produce a global cooling effect similar to a large volcanic eruption – like the kind that happened in Mount Pinatubo in the Philippines in June 1991 – without of course any damage from hot lava, ash or smoke.

The scale of change that could result from an experiment like this can be gauged from the fact that in the two years following that eruption the Earth cooled on average by about half a degree centigrade.

Given the possibilities offered in the area of combating climate change through a project like this one, the SPICE project to start with, will try and assess whether or not these natural processes can be mimicked and, if so, with what effect.

Dr Hugh Hunt from the University of Cambridge will lead the technology test. As part of the test, the researchers will pump water up a suspended hose to a 1 km height under a helium-filled balloon. The water, after spewing out from the top, will evaporate or fall to the ground as light ”rain”.

The group of scientists conducting the SPICE project will measure and record results of this stage of the experiment, and based on these, will determine the next stages of the project.

According to The Telegraph, constructing artificial volcanoes to alter climate is seen as a ”last resort” if it proves impossible to bring carbon emissions under control.

While geo-engineering is considered as being potentially useful in combating climate change, there is also a lot of concern surrounding the technology about the unforeseen or unintended risks.

The SPICE project attempts to address this by designing within their project a scope that includes assessing and understating “the potential impacts of this new technology, beneficial or otherwise, and to open up dialogue and debate around these as our understanding improves.”