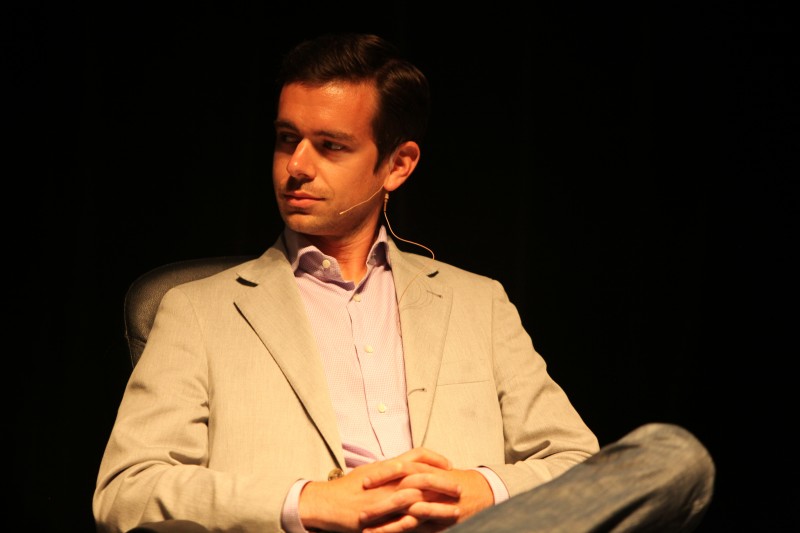 Recently, Twitter CEO Jack Dorsey made the headlines grabbing millions of eyeballs after his comeback, when he announced about sharing almost a third part of his stock in Twitter Inc, which is about 1%, to the equity pool of employees. The huge move of corporate sustainability by one of the leading Twitter executives, which is worth a whopping $197 million is claimed to be a reinvestment for the purpose of employee benefits for Twitter employees. Earlier, Industry Leaders Magazine reported that Twitter CEO Jack Dorsey has been named as the permanent CEO of Twitter by the Twitter executives, earlier this month. After he took over his position as an interim CEO after the resignation of Former Twitter CEO Dick Costolo, he tweeted, “I’d rather have a smaller part of something big than a bigger part of something small,” explaining his intentions towards Twitter employee benefits.

Eventually, this move meant for Twitter employee benefits, is a crucial step for corporate sustainability as the Twitter CEO Jack Dorsey and other Twitter executives are working on rebuilding the morale of Twitter employees and boosting their confidence after several mentally draining months going on in the company. Dorsey and his team of Twitter executives want to ensure that whatever has happened is done; he wants Twitter employees, and Twitter shareholders to look beyond the darkness that was sprawled upon them since last few months and start concentrating on the new Twitter revenue model. In a trial of making a robust corporate sustainability and streamline company’s teams and products, Dorsey and his team of Twitter executives have announced a trimming of Twitter’s workforce by 8%, which means 336 employees. The giveaway of 1% of personal Twitter shares, while Twitter CEO Jack Dorsey still occupies the additional 2% of shares explains a great deal of generosity.

Under the new Twitter revenue model for corporate sustainability, apart from boosting employee morale and rebuilding employee’s confidence, Twitter CEO Jack Dorsey reflects an image as a remarkable leader in front of his employees, even though there are analysts sitting right out there suggesting the new Twitter revenue model, or let alone bringing Dorsey back to the home ground as a permanent CEO won’t help company’s revenues to completely bounce back, forget about staying on a track to ensure corporate sustainability.

There are so many valuable lessons for corporate sustainability, which other Industry leaders can learn from Dorsey, the new Twitter revenue model and his act of generosity. Let us talk about how this act of shares giveaway will help Twitter and Dorsey.

It will polish the image of Twitter in the front of everyone, be it investors, employees, users, or nemesis. The $197 million gift will not only benefit Dorsey’s and Twitter’s reputation but in the future they will have a significant amount of deposit if by any chance some crisis occurs. This huge step towards the employee benefits signifies the fact that he is an idealistic leader who cares about his team. This can positively inspire other CEOs and leaders to do something good for his employees.

This kind of leadership gestures marks up a robust and reliable code of conduct across the organization, which includes executives, higher, or lower level employees. This kind of a leader and working under his leadership is very rare, so is the act of generosity, which is highly uncommon to be expected by employees from their leader. This ensures that employees remain rooted to their leader with a high criterion of respect; it also means that the employee wouldn’t leave any opportunity to work under this leader and they will never forget their generosity. Employees will gladly understand that consideration for people, generosity, and teamwork is all part of a strong organization’s DNA. For setting this code, a leader is responsible.

This step will boost employee’s morale. It will provide a practical target of performance to employees for lining up their daily schedule accordingly to achieve the targets. It will imbue confidence in employees showing that they are a valuable part of an organization and that they matter to the company a lot. Giving your employees, an integral part of an organization in any form transforms them into owners. The company is treated like its own baby by an owner; transforming employees into owners will give them a sense of responsibility, leadership, and liability towards the organization too.It inspires an esprit de corps feeling within the organization stating the fact that they are all together as a part of a strong team. Strong leaders like Dorsey can foresee the importance of incented and engaged employees.

Strong message to the Investors

Investors are an integral part of any organization. Whether it is an IPO that is answerable to its investors or a starter company trying to raise venture capital, shareholders and investors matter a lot. The optional block of choices for Dorsey is not dilutive to current investors and shareholders. Dorsey could have easily announced a couple of millions from the company’s treasure box, which would have easily been dilutive to investors and shareholders. Instead, he chose his personal resources to share, which illustrates an example of remarkable leadership and investor stewardship.

So this was all about a remarkable leader and his organization with a huge pool of resources, but let us not forget the fact that neither everyone is Jack Dorsey with millions of shares nor is every organization full of resources like Twitter to giveaway.

What if you are an owner of a small startup business, yet you want to provide your employees with a personal stake in your business? Is it all about money and resources?

Business is all about people, being good with people. Being an owner is all about finding what motivates them, what inspires them, and what incentivizes them. Employing an exceptional team and rewarding them time to time for their work is extremely important.  Being an employer, you might want your employees to feel as personally involved in the organization as you do, but most probably this is like building castles in the air. Obviously, it is impossible for every leader and every organization to giveaway such huge treat like Dorsey did, but you can easily deploy a strong management strategy that can have a huge force of influence on employees. Bringing each and every person from your team to work exceptionally hard and feel passionate about it, in the same way, you do as an employer is not tough as it seems to be. Let us discuss few things, which you might like to take into your consideration to overcome this issue and let your employees feel equal and passionate to be the part of your organization.

Don’t put all your eggs in one basket

Being an exceptional employer, you can definitely be “Jack of all trades”, but you are suggested not to burn the midnight oil and try them all by yourself. A well-known proverb “A bird in the hand is worth two in the bush” suits well with you. Your organization is your child, quoting that you will be very possessive and obsessive while it comes to taking care of it would be a matter of understatement. You make the choices according to the best suitability of your organization, even if it means a short term of pain for you. The most ubiquitous lesson for you to learn as an employer is that operating a business is not a single-handed task. Even though you inherit a pervasive knowledge on do’s and don’s, you have to share your tasks with your people in the organization rather than messing it up by trying to master it all by yourself.

Trying to do everything by yourself, not only means exhausting and torturing yourself, but it also means that accidently or incidentally, you are risking your staff by dragging them in the opposite direction. No employee would feel their work as an important mission to accomplish if you give your employees huge strings of negative vibe that being a boss you will handle everything on your own. It will make them feel inefficient, unimportant, which in results will degrade the entire investment and enthusiasm of your team.

Share your important workload with your employees efficiently and honestly, rather than loading them with stupid candy counting stuff and doing all the important work by yourself. This gesture shows your employees that they are equally important and that you have faith and confidence in their work because you are allowing them to be a part of an integral matter, which is very important to you. You must teach your staff that everyone does well if a company does well.

This counts as a stake, the stake of trust, confidence, and importance.

Strive your business to Thrive for the BEST

Usually, the leaders do not have the required amount of necessary time and energy to sermonize their entire bank of employees about the efforts, which running a successful business takes. Employees, on the other hand, crave for a more singular and exclusive ownership in the organization they work for.This is why demonstrating the efforts to run a successful business empire are important, and most above all, making employees aware about this is valuable as much as crucial. If you don’t influence your employees, they won’t be able to contribute more to the organization as they wouldn’t know how to. Constantly motivate your team.

“Pay for the potential” is an excellent model that can be used to compensate your team based on their experiences and talents to strive towards fulfilling the organization’s needs. The more increments you bestow on your employees as a result of their excellent work, the more passionate and dedicated will they feel towards their task. Salary will symbolize transparency as a result for great work, vision will define the aim for striving towards organization’s big objectives, and engagement will be acknowledged with the fact of reward in this kind of model. Always remember, a happy team is a successful team.

This counts as a stake, the stake of equality and successful teamwork by the employees.

So dear employers, the ball is in your court. It is up to you to choose whether you want to continue beating around the bush or to start engaging your employees with an equal and important matter of priorities like yours.

For more Twitter news read Industry Leaders Magazine: Twitter announces 8 percent lay off of its workforce in a bid to revive growth