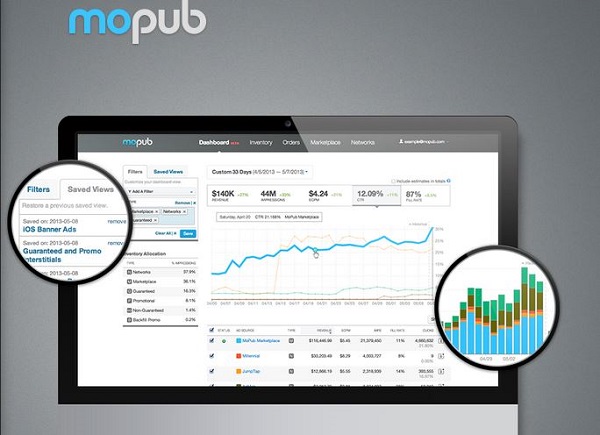 According to a technology blog, Twitter has paid around $350 million in stock for the start-up. MoPub which serves 2 billion ads a day is a mobile advertising network, ad serving business, and also a real time bidding exchange that claims to handle around $100 million annual spending on apps and other mobile media.

MoPub automates buying and selling mobile ads, part of a movement in the digital ad industry towards “programmatic advertising,” or the computerized buying and selling. MoPub has built an ad exchange through which mobile publishers and app developers can sell ads, and mobile advertisers can purchase ads in real time. This deal means Twitter is moving into being a middle man for ad sales across the mobile landscape, not just sellers of ads on its own properties.

According to reports Twitter beat out other bidders for MoPub including mobile ad network Millennial Media which purchased Jump Tap for $200 million, a deal that underwhelmed many in the industry.

“The two major trends in the ad world right now are the rapid consumer shift toward mobile usage, and the industry shift to programmatic buying,” wrote Twitter’s vp revenue, product, Kevin Weil, in a blog post. “Twitter sits at the intersection of these, and we think by bringing MoPub’s technology and team to Twitter, we can further drive these trends for the benefit of consumers, advertisers, and agencies.”

Twitter could apply MoPub’s programmatic ad technology to enhance its mobile ad revenues as the company gears up for an expected initial public offering in 2014. A MoPub deal would help Twitter specifically in the area of mobile advertising, an area where Twitter appears to be doing quite well already. According to reports, last year Twitter started to make more money out of advertising running on its mobile devices than it did on its desktop product.

Twitter said it plans to incorporate MoPub’s technology to build out its own RTB platform for both mobile and the desktop, “so advertisers can more easily automate and scale their buys,” stated the Twitter post. Early this year, Twitter opened up its advertising API as part of a push to bring more brands to the platform by allowing them to manage multiple campaigns in an automated fashion. eMarketer projects that U.S. mobile ad spending will nearly double this year to $8.5 billion, although Twitter will claim only 3.5% share of that total, well behind larger rivals like Facebook (15%) and Google (52%).

The move by Twitter underscores the growing importance of mobile advertising for the company.
It comes as the mobile ad business seems to have consolidated, for the moment, around the giants Facebook and Google. Both Facebook and Google already run their own large ad exchanges in the form of Facebook Exchange and the DoubleClick Ad Exchange, respectively.

MoPub has assured developers and publishers that it would also continue to run its mobile ad platform, as it has been following the Twitter acquisition. “In fact, it will be strengthened. Twitter will invest in our core business and we will continue to build the tools and technology you need to better run your mobile advertising business,” wrote Payne in a separate blog post.

Under this deal, the MoPub CEO will take on the title of VP, exchange, and will report to Adam Bain, president of global revenue at Twitter.