According to the American Wind Energy Association (AWEA), U.S. wind energy generation has surpassed the growth in new wind power capacity, all due to technological innovation and operational improvements. U.S. wind energy capacity grew from 25 GW to over 61 GW, a 140% growth rate over the past five years, yet electricity produced from these wind turbines grew at a rate of 200%, outdoing capacity growth and making wind energy cheaper than ever. 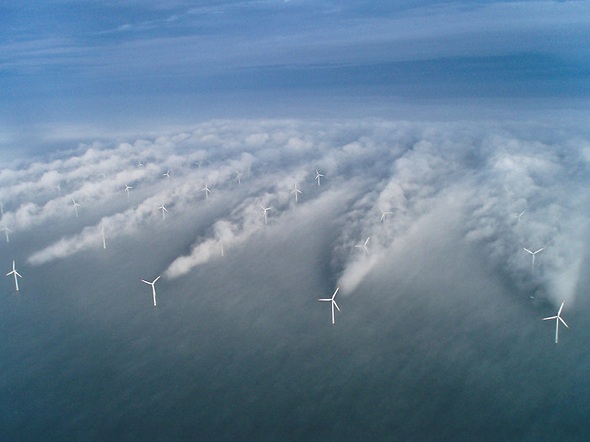 U.S. wind energy capacity grew from 25 GW to over 61 GW, a 140% growth rate over the past five years, yet electricity produced from these wind turbines grew at a rate of 200%, outdoing capacity growth and making wind energy cheaper than ever

AWEA says the growing performance and production of wind turbines is the result of innovative technological advancements which have competently driven down the price and allowed development to occur in lower wind speed regions.

Manufacturers have undertaken advancements like designing higher towers and turbines with lengthier and lighter blades, allowing rotor diameters to surpass 100 meters. AWEA says, the power of the wind is unambiguously proportional to the swept area of the blades, so an extension in rotor diameter has induced development in low and medium wind speed areas and has added to the efficacy of existing sites.

Steve Lockard, president and CEO of TPI Composites said that manufacturers of Wind turbines have been persistently working over the last few years to build longer, lighter and advanced technology blades that allow the systems to generate more energy at lower costs.

The combination of higher towers and bigger rotor diameters has been vital in bringing the price of wind energy down, allowing developers to construct projects in a cost-effective manner in places like the Great Lakes. Most states like Indiana, Ohio and Michigan have undergone rapid growth and a reduction in the cost of wind power once tower heights reached nearly 80 meters.

Functional improvements have also added to the growth in production. AWEA says better operations and maintenance strategies have led to the increased performance levels ever seen in the U.S. wind sector. Quoting an assessment by the Sandia National Laboratory, AWEA says wind turbine availability, usage and capacity factors have all become much better over the past three years. Overall, the group says U.S. Department of Energy data shows capacity factors have increased across the fleet, and at particular projects in wind-rich states, capacity factors have surpassed nearly 50%.