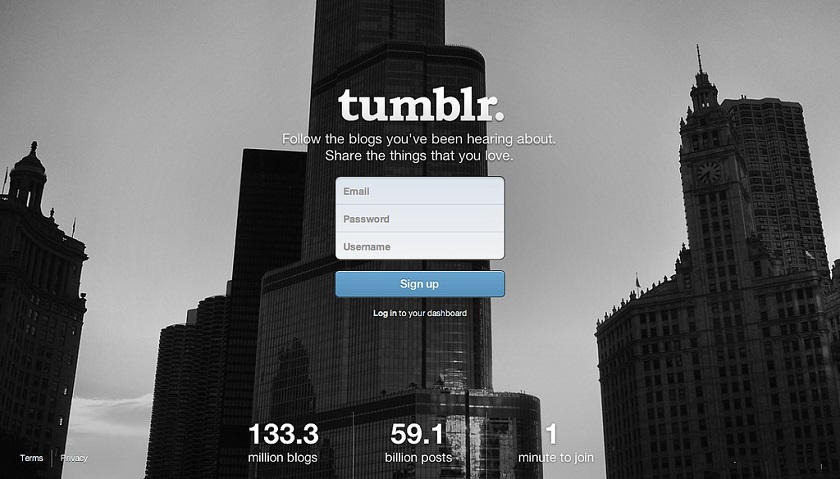 The Yahoo-owned blogging service has added a small but noteworthy update for GIF lovers – the Tumblr GIF creation tool.

When a user selects the Tumblr GIF creation tool, it with automatically search through the camera for videos and photos that can be turned into GIFs.

So far, the feature is decked with only three font choices, along with color options from the gradient, however the GIFs can be resized to one’s fancy. Similar to most social media photo editing tools (READ: Snapchat beats Instagram in a Survey, Why Aren’t We Surprised?) available online, one can also add emoji to the image along with Unicode characters. Once updated, users can see the GIF post on the app and share it with a million others users.

The latest Tumblr update will only be available on mobile. With the Tumblr GIF creation tool, the Yahoo-owned blogging service hopes to get more people to posting GIFs as well as using its mobile apps.

Last year, it introduced revamped notes – a conversational thread – where authors can control who can comment on their posts or follow them on Tumblr. In addition, it also introduced the Instant Messaging on mobile apps and the web in November, 2015. With these recent changes, Tumblr hopes to push more mobile conversations onto its platform.

It is iOS first, android later: The latest Tumblr update will arrive first to iOS, with Android support in the coming few weeks. To post GIFs from the desktop, one has to stick to the old-fashioned way, of course.

A study from GlobalWebIndex from 2015 noted that Tumblr has experienced 94 percent growth in active user base from Q1 2014 to Q1 2015 as its service is available across all digital platforms.