Yahoo steps on the social media bandwagon with Tumblr buy-out

Microblogging and social networking website Tumblr announced plans to release a new advertising program on all blogs hosted by the service beginning Thursday. While the company did not reveal more details on how the advertising program will work, it is most likely an expansion of its previous Creators program, which connects brands with the site’s users directly, rather than having advertisers work with third-party influencer networks. 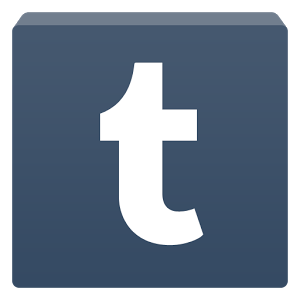 The micro-blogging site is owned by Yahoo which is being bought by Verizon will start the process by rolling out ads on all blogs, and also will give bloggers the ability to opt-out in the settings and advertisers the ability to connect with bloggers. Currently the site hosts more than 302 million blogs.

Any blog authors wishing to generate income from their blogs first needs to register with Tumblr’s partner program, which is launching this year. But the exact date has not been announced by the blog. Also no firm details have been released regarding how much users can monetize from their blogs. The site stated that they are still in the process of working out the details of the partner program.

In addition, those users who opt out of the ads can also just enable the ads on some of their blogs if they choose. This means that users have the privilege to select which blogs they own will display some of the ads.

By default, the ads on blogs will be turned on allowing the company to effectively monetize its network of blogs from over 65 million users.

According to the microblogging site, the ads will appear in three places, including the main page of the blog if the blogger is using the default Optica theme, as well as on the slide-out section on the web, and on site’s mobile apps and mobile web.

The microblogging and social networking website has been in a state of decline under the leadership of Yahoo CEO Marissa Mayer. The segment failed to meet a $100 million sales goal set in 2014 for 2015. Analysts had valued the blog at $0 as its parent company contemplated a sale.

Now since the process of acquisition is done, the site is working towards generating more funds, and its sister concern AOL could provide much required ad tech along with an understanding of how to work with online influencers.

In recent months, the site has been rolling out new features in an effort to draw user attention. The site entered the battle of video live-streaming by hosting YouNow and YouTube videos.

Under the new Verizon ownership, it is still not clear how the site will fit in the company’s ad strategy in the future. It will be interesting to see if Verizon will run it as an independent company or invest it in its further development in a way that Yahoo failed to do.