Transocean settles to pay $1.4B for Gulf oil spill 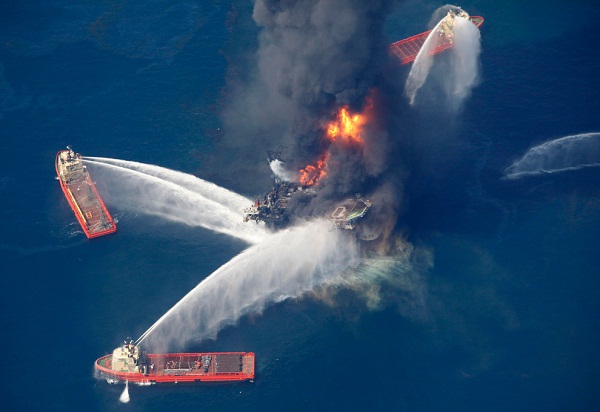 Transocean Ltd. to pay $1.4b to settle civil and criminal claims over oil spill in 2010

Transocean Ltd. agreed to pay as much as $1.4 billion to settle civil and criminal claims over Gulf oil spill in 2010, the U.S. Department of Justice informed on the 3rd of January. The offshore driller also conceded that its team was partly liable for the 2010 Deepwater Horizon accident in the Gulf of Mexico.

In the 2010 Deepwater Horizon accident in the Gulf of Mexico eleven men died in the explosion and millions of gallons of oil leaked out into the ocean polluting the shores of coastal states. Transocean Ltd. decided to settle all civil and criminal claims of the U.S. Department of Justice, thereby putting an end to the long-lasting infamous part of its history. In line with the long-awaited Transocean settlement the company is to pay $1 billion in civil penalties as well as $400 million in criminal penalties.

According to a detailed statement released by the U.S. Department of Justice, the offshore driller will pay $100 million fine for the criminal misdemeanor violation of the the Federal Water Pollution Control Act also known as the Clean Water Act. Transocean Ltd. will also pay $150 million each to the Nation Fish and Wildlife Foundation and the National Academy of Science, to put that in perspective, BP Plc was to pay about $2.4 billion and $350 million respectively. Approximately $1 billion will be paid in fine for civil violations of the Federal Water Pollution Control Act.

The significance of the Transocean settlement was underlined by the company itself as the contract was called a “positive step forward.” However Transocean Ltd. still expects to settle with the plaintiffs committee which stands for approximately 100,000 individual and business owners claiming compensation over medical and financial damages. Therefore the 2010 Deepwater Horizon accident in the Gulf of Mexico could result into the final cost of over $4 billion, according to some analysts. In 2011, a nearly $8 billion plaintiff liability settlement was reached by BP Plc.

The 2010 Deepwater Horizon accident in the Gulf of Mexico was caused by the explosion of the well known as Macondo which was owned by BP Plc. British oil giant BP Plc agreed to pay approximately $4.5 billion to settle its own criminal charges and some of its civil charges back in November 2012.

BP Plc welcomed the Transocean settlement stemming from the 2010 Deepwater Horizon accident in the Gulf of Mexico, underlining that it was a confirmation that the “accident resulted from multiple causes, involving multiple parties.” British oil giant BP Plc leased the Deepwater Horizon which was built and manned by Transocean Ltd. Two companies, BP Plc and Transocean Ltd., had been pinning the blame on each other for the Gulf oil spill which lasted for 86 days. Yet BP Plc also pinned the blame on Halliburton Co. which had performed cementing work on the Macondo well. To date, the London-based company has been underlining that multiple parties were responsible for the 2010 Deepwater Horizon accident in the Gulf of Mexico, including Transocean Ltd. and Halliburton Co. What is more, Halliburton Co. is the only company which has not worked out any agreement related to the disaster. Beverly Blohm Stafford, a Halliburton spokeswoman, has highlighted that the company believes that the cement work was conducted in accordance with all BP’s specifications.

Analysts are strongly convinced that settlements, which were signed by BP Plc and Transocean Ltd., attest to the fact that they want to put the 2010 Deepwater Horizon accident in the Gulf of Mexico behind them and just focus on the present day.

Anna Domanska
Anna Domanska is an Industry Leaders Magazine author possessing wide-range of knowledge for Business News. She is an avid reader and writer of Business and CEO Magazines and a rigorous follower of Business Leaders.
« Starbucks deepens its expansion in Asia as it opens store in Vietnam
Drop in UK services sector raises fears of triple-dip recession »
Leave a Comment
Close