TransCanada to Continue with Southern Part of Keystone Pipeline 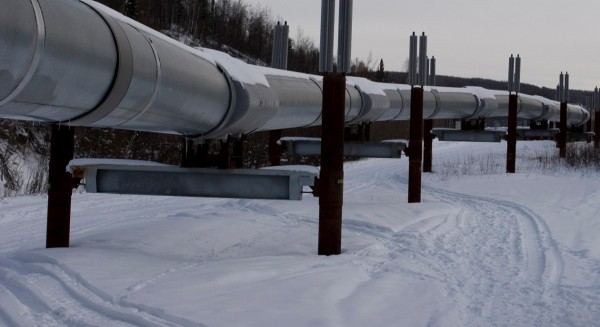 TransCanada Corp announced Monday that it would try to start building the southern part of the Keystone XL project, which is worth $7 billion, even as it prepares to file a new submission for U.S. approval of a cross-border pipeline to import Canadian crude oil.

TransCanada said it would initiate building a segment from the storage hub of Cushing, Okla., to Gulf Coast refineries in Texas, referring the need to ease an ongoing supply surplus at Cushing. TransCanada Corp would do it by providing an outlet for the Canadian crude oil to get to the Gulf.

Russ Girling, TransCanada’s chief executive officer said in his statement give to an energy magazine, “Gulf Coast refineries can then access lower-cost domestic production and avoid paying a premium to foreign oil producers”.

TransCanada hopes to reapply for the permit

TransCanada Corp commented that it would soon reapply for a permit for the border-crossing segment from Canada’s tar-sands region to Steele City, Neb with the U.S. State Department, after the Obama administration denied a permit last month but left the door open for a new application. There is an existing pipeline segment which links Steele City and Cushing. The administration’s decision prompted Republicans to push legislation, which is pending in Congress, to approve the cross-border permit.

The primary 1,700 mile Keystone pipeline has become a political issue. The Keystone pipeline, as reported in a business magazine, is intended to carry heavy crude known as tar sands from Alberta across seven U.S. states. Referring to the rising gas prices and the need to create U.S. jobs, Republicans have disapproved of President Obama for denying a permit last month and siding with environmentalists who say the crude’s development would exacerbate climate change.

With gasoline prices rising considerably even before the driving season of summer begins, the average retail prices are now almost $3.70 a gallon, up from $3.35 last year, though the Republicans tried to connect Keystone with pain at the pump. For that matter, Republicans consider Keystone more than a pipeline project.

White House spokesman Jay Carney told several news agencies Monday, “Moving oil from the Midwest to the world-class, state-of-the-art refineries on the Gulf Coast will modernize our infrastructure, create jobs, and encourage American energy production. Obama’s decision has in no way prejudged future applications by TransCanada for the full project. “

TransCanada will also try to attain a permit for a pipeline from Alberta to Nebraska after it has worked out a direction with Nebraska’s legislators to avoid the state’s ecologically sensitive Sandhills region.

The State Department said that it had denied the permit for the Keystone XL project because congressionally imposed deadline didn’t allow enough time to assess alternative routes avoiding Nebraska’s environmentally sensitive Sandhills region, which sits atop a drinking-water aquifer.

Jay Carney said, “We will ensure any project receives the important assessment it deserves, and will base a decision to provide a permit on the completion of that review.”

Some environmental as well as Nebraskans activists raised concerns about the pipeline’s potential impact, including a possible spill, on land and water supplies.